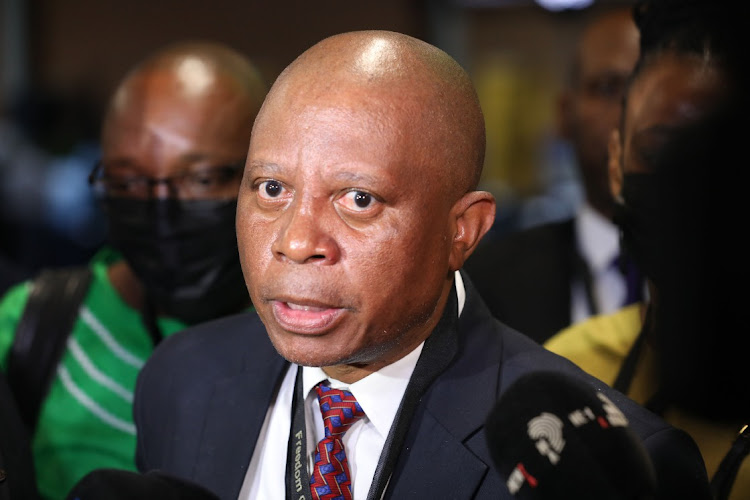 ActionSA leader Herman Mashaba has reacted to the dismissal of home affairs chief director for permitting Ronney Marhule, saying he must be charged with treason.

Marhule, who recommended self-proclaimed prophet Shepherd Bushiri and his family be issued permanent residence permits, has been dismissed by the department with immediate effect.

“Minister [of home affairs Aaron Motsoaledi], dismissal is not good enough. This official must be charged with treason,” said Mashaba.

#SupportForMotsoaledi
Minister, dismissal is not good enough. This official must be charged with Treason https://t.co/bEVJ5c4CER

The department said Marhule was found guilty of two counts of misconduct relating to dishonesty and negligence after a lengthy disciplinary hearing which lasted for almost a year.

He tried in vain to stop the disciplinary process on at least three occasions at the Labour Court and the Labour Appeal Court.

“The first count related to recommending the approval of the permanent residence permit applications of Bushiri, his spouse and two children.

“The second count related to recommending the approval of the permanent residence permit applications of Mohamed Afzal Motiwala and Fatima Ebrahim,” the department said.

The chairperson of the disciplinary hearing found Marhule showed no remorse and the “relationship of trust between the employer and the employee has broken down and cannot be restored”.

Motsoaledi said the department was committed to ensuring clean governance.

“The outcome of this disciplinary hearing is taking us closer to ensuring we bring to an end irregular practises and decisions by home affairs officials within the system. We are cracking down on all forms of irregularities wherever we find them at home affairs.”

Previously, Mashaba slammed Motsoaledi's explanation about Bushiri's escape from SA to Malawi after being granted bail.

Motsoaledi said his department was not solely to blame for Bushiri's escape. He also blamed SA's porous borders, saying this was a “common cause”.

“We are suffering from your own government's failure to secure our borders and deal with illegal immigration,” said Mashaba

A senior official who recommended Shepherd Bushiri and his family be issued with permanent residence permits they were not entitled to has been ...
News
2 months ago

The home affairs department has confirmed that five officials have been internally charged and are facing disciplinary processes for their role in ...
News
11 months ago

The labour court will not get involved in disciplinary proceedings against a senior home affairs official who "enabled" Shepherd Bushiri to get a ...
News
1 year ago
Next Article