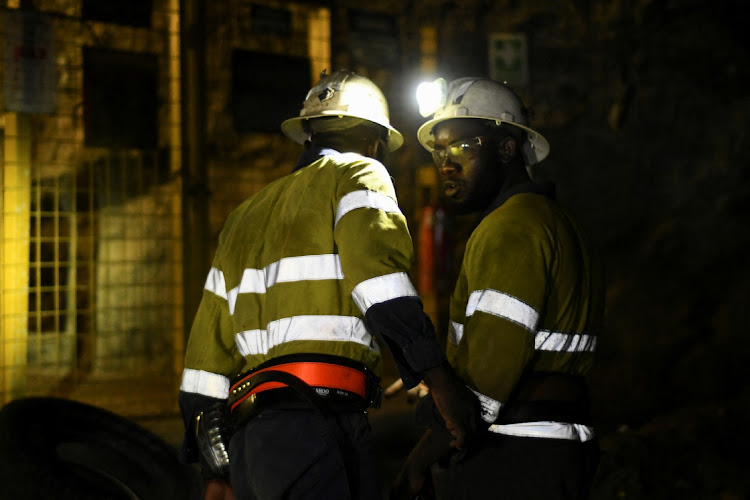 The dead bodies of four out of eight missing miners have been found at a zinc mine owned by Trevali Mining Corp in Burkina Faso which flooded on April 16, the government said on Wednesday.

Rescue workers on May 17 found no survivors in a chamber in the mine, located around 570 metres (1,870 feet) below ground, where there had been hope during a month-long search that the men might have found refuge.

Fraught relatives have continued to gather at the site in Sanguie province even after rescue teams pumped out enough water to reach the rescue chamber and found it empty, quashing hopes of finding their loved ones alive.

“Unfortunately, after 39 days of intense research, the lifeless bodies of four miners were found,” government spokesperson Lionel Bilgo said in the statement.

Search teams are still looking for the other four, the statement added.

Trevali confirmed the discovery of the bodies.

The Perkoa mine consists of an open pit with underground shafts and galleries below. Most of the workers who were there at the time of the flash flood were able to escape, but the missing eight were more than 520 metres beneath the surface.

Both the Canada-based company and the government have launched investigations into the causes of the incident.

Burkina Faso's prime minister said on May 2 that managers of the mine had been banned from leaving the country.

Rescue operations have been challenging, as the flood washed away the road leading down into the mine and damaged electricity supply, according to Trevali.

Six of the missing men are Burkina Faso nationals, one is from Tanzania and one from Zambia.

The government did not name or specify the nationalities of the four victims found.

Rescue workers have found no survivors in a rescue chamber deep inside a flooded zinc mine in Burkina Faso, the government said on Tuesday.
News
2 months ago

Striking miners talk about their struggle to stave off hunger

Striking workers at Sibanye-Stillwater Driefontein mine in Calrtonville have detailed their struggle to survive over the past eight weeks without pay ...
News
3 months ago

Gauteng police have launched an investigation after four dead bodies suspected to be illegal miners were found on the side of the road in Benoni on ...
News
4 months ago
Next Article