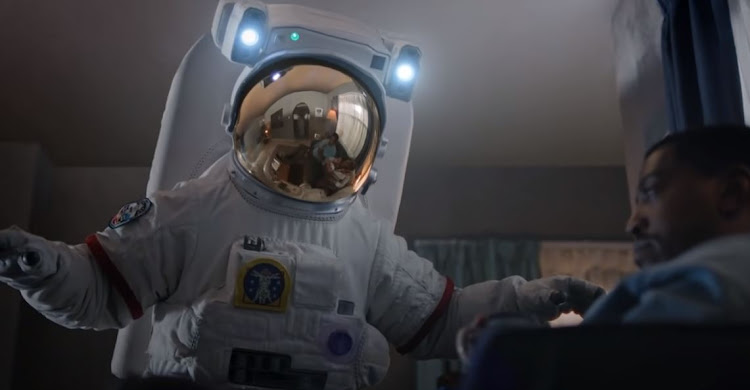 A still from the Standard Bank ad shows a father blocking the passage of his daughter - dressed as an astronaut - through his lounge.
Image: YouTube/Standard Bank

A viewer who claimed a Standard Bank TV ad featuring an astronaut was one giant leap backwards for black mankind has been brought down to Earth by the advertising watchdog.

Jeffrey Matshabula said the ad created the impression that black men or black fathers are blockers of black girls' dreams.

Standard Bank responded that Matshabula had suffered a sense of humour failure and the Advertising Regulatory Body (ARB) agreed.

“The overall message of the commercial is in fact one of empowerment, and of overcoming the stereotype that girl children and more so black girl children have limited choices,” it said this week.

The one-minute commercial that upset Matshabula shows an astronaut entering an apartment where a couple and their daughter are watching TV.

The mother smiles vaguely at the entering figure and the father puts his feet on a coffee table, blocking the astronaut's passage. But she spacewalks over his legs to reach the kitchen, where she takes a bottle of juice out of the fridge.

“As she is about to drink directly from the container, the mother calls out, 'Thuli, glass asseblief!' The astronaut dream vanishes, leaving behind a school-age girl who pours herself a glass of juice. In the final scene, she enters her bedroom, sits, and twirls a small model of the solar system,” said the ARB.

“A voice-over says, 'A better tomorrow starts with one small step today, so when will you take yours?' The commercial ends with the Standard Bank logo, and the slogan, 'It can be'.”

Matshabula said when the astronaut passed her mother there was no resistance, but her father blocked her passage with his legs.

“This promotes a false impression about black men, or black fathers, in a black family structure,” he said, adding that it created the impression that black fathers blocked their daughters' dreams. 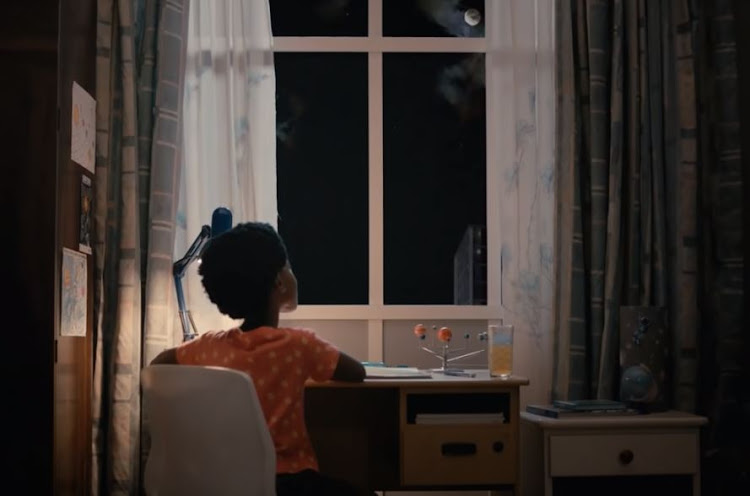 A still from the Standard Bank ad shows the girl gazing at the moon with a model of the solar system on her desk.
Image: YouTube/Standard Bank

Law firm Bouwers, responding on behalf of Standard Bank, told the regulator the ad was clearly intended to be funny and contained no references to race or any stereotyping.

“The notion that the advertisement could be seen to be promoting any impression, false or otherwise, regarding black men or a black father’s role in society is untenable,” said Bouwers.

“The hypothetical reasonable person would, in the context of fantasy and humour, not consider the fact that the little girl has to jump over her father’s legs to get to the fridge as serving as any indication that the father is blocking the young girl’s dream.

“To the contrary, the little girl manages to jump over the father’s legs without any problem or apparent impact on her dreams.”

The watchdog agreed, saying the stereotype most viewers would fall into is assuming the astronaut is a man, “when in fact it is the dream of a girl child”.

It added: “While [we are] deeply concerned and vigilant about stereotyping and discrimination in advertising, this is simply not an example of the same.”

The Supreme Court of Appeal on Tuesday upheld an appeal by the Advertising Regulatory Board (ARB) against a series of orders made by the Johannesburg ...
News
2 months ago

Broadcasters may no longer air advertisements from the company which owns what it claims to be “South Africa’s number one slimming brand”, Herbex, ...
News
1 year ago