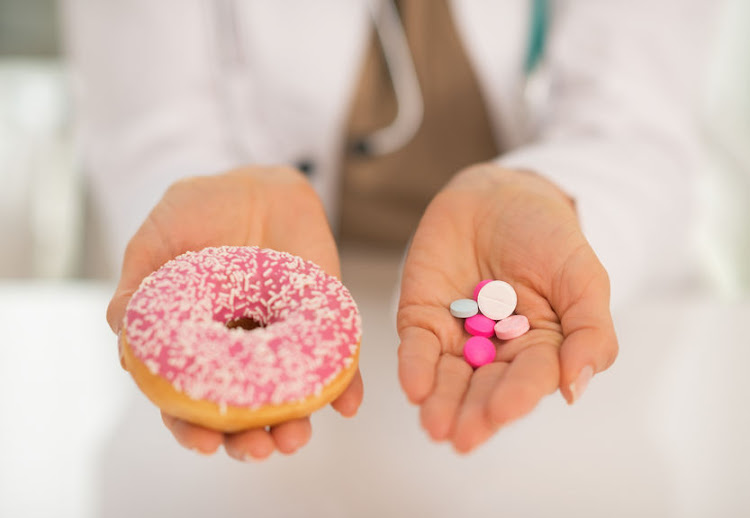 The Advertising Regulatory Board advised its members and broadcasters not to accept advertising for Herbex Ultraslim featuring its current claims.
Image: 123RF/citalliance/Generic diet pill image

Broadcasters may no longer air advertisements from the company which owns what it claims to be “South Africa’s number one slimming brand”, Herbex, after a ruling this week by the Advertising Regulatory Board (ARB) on its Ultraslim product ad.

Medical doctor Dr Harris Steinman complained to the ARB that the Muizenberg-based company Newgroup’s advert for Herbex Ultraslim, which he saw during a recent episode of M-Net’s Carte Blanche, contained many claims which could not be substantiated.

The company’s website claims the product prevents blood sugar spikes and dips so one’s body makes and stores less fat, uses fat for energy instead of storing it and activates a sluggish digestion to “move waste through your digestive tract more efficiently”.

Steinman has in the past two decades lodged dozens of complaints against misleading advertising for slimming products, most of them upheld by the ARB’s predecessor, the Advertising Standards Authority.

In Ultraslim’s case, he said as the product is claimed to be a 100% natural, its ingredients - such as green tea, ginger root, cayenne pepper and Siberian ginseng - must have proven efficacy “within the natural paradigm” in the stated combination and doses.

No evidence to support claims

The Natural Medicines Comprehensive Database, one of the most comprehensive and reliable natural medicine resources available, found no evidence to support the claims made for Ultraslim, and nor did PubMed, for the individual ingredients, to support the central claims being made for the product, Steinman said.

Newgroup’s attorneys said the company is not a member of the ARB and as such the ARB does not have any jurisdiction over it.

“It is therefore not obliged to, and will not, deal with the complaint,” the industry regulator was told.

The ARB conceded that was true in the case of non-members, but pointed out that it may consider and issue a ruling to its members about any advert to determine whether its members should accept or withdraw it before publication.

A test order for three items placed in mid-June is yet to be received.
News
1 year ago

Such rulings are binding on ARB members and on broadcasters in terms of the Electronic Communications Act, meaning broadcasters may not air adverts which the ARB has ruled against.

In the case of Ultraslim, the ARB said, advertisers must have documentary evidence to support all claims, whether direct or implied. Newgroup submitted none to the ARB, refusing to consider itself accountable to the organisation in any way.

“(Dr Steinman) has presented a compelling argument that the product has no weight loss efficacy and the advertiser has chosen not to respond,” the ARB Directorate said.

“There is therefore nothing before (us) to substantiate the claims.

“Given the lack of substantiation, the directorate has no choice but to find the claims are in breach (of the ARB Code of Advertising Practice)."

It advised members of the ARB and broadcasters not to accept advertising for Herbex Ultraslim featuring its current claims.

GET IN TOUCH: Wendy Knowler specialises in consumer journalism. You can reach her via e-mail: consumer@knowler.co.za or on Twitter: @wendyknowler