Foreigners seek shelter after clashes with residents in Bredasdorp 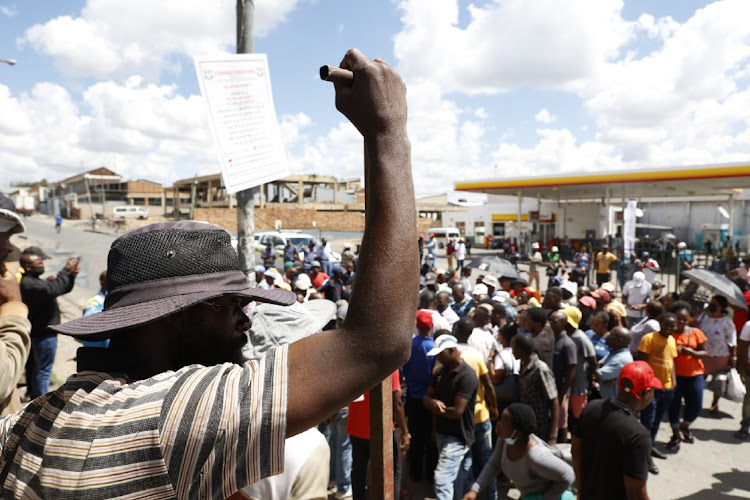 Hundreds of foreigners were forced to seek refuge in a community hall and a mosque at the weekend after clashes with residents of Zwelitsha at Bredasdorp in the Western Cape.

At least 450 families were affected after their homes were damaged last week, the SABC reported on Monday.

The Cape Agulhas municipality condemned the violence, adding it had resulted in injuries, damage to property and displacement of people, especially the most vulnerable, women and children.

“Since Thursday, March 24, arrests have been made and a large number of dangerous weapons were confiscated.

“A strong police presence is in the area and the public order policing unit has been deployed to Zwelitsha,” the municipality said on Saturday.

Residents marched to the municipality last week to express unhappiness about an alleged influx of undocumented foreigners to the area. The march comes on the heels of the Dudula movement rallying against foreigners in other parts of SA.

Discussions with community leaders in Zwelitsha and foreigners to reach a peaceful agreement — with the assistance of religious leaders and the SA Human Rights Commission — at the end of last week were unsuccessful.

“A collective decision was made that it would be safe for non-nationals to remain outside Zwelitsha to allow the elders of the Zwelitsha community to engage the group over the weekend. Subsequently, the municipality is accommodating the displaced people.”

The municipality thanked people who opened their hearts to help with the provision of food, blankets and shelter.

Zimbabwean community leader Givemore Nyakarimba told SABC News: “This is inhumane. We do not have anywhere else to go. We are stranded and we are calling for people to come to our rescue.”