ANC, IFP and NFP most affected by KZN political killings 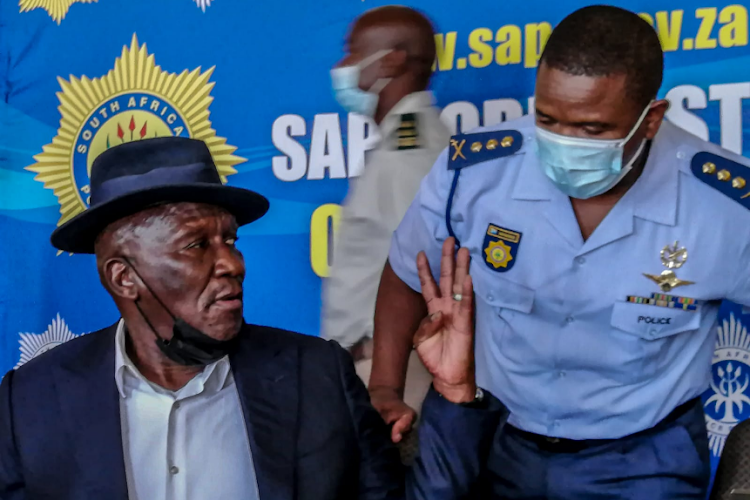 “Intra-political” conflicts within the ANC, IFP and NFP have resulted in the parties being most affected by political killings.

This was revealed during a briefing in Durban on Wednesday by police minister Bheki Cele who provided an update on investigations led by the task team on political killings in KwaZulu-Natal.

Cele said since June last year the task team had registered 32 dockets — most of which were reported before, during and after the local government elections in November.

“Investigations of the political killings task team have revealed that the most affected political parties are the ANC, IFP and NFP. Motives for these crimes are linked to intra-political conflicts with a few cases linked to motives such as taxi violence and other domestic-related issues,” he said.

Since the formation of the task team in 2018, 10 people have been sentenced to life imprisonment while 22 accused were handed sentences ranging from 10 to 50 years.

“Twelve accused have been sentenced to no more than 10 years and the remainder are going through the court processes. In addition, 116 case dockets not related to the task team’s mandate but somehow linked to politically-related cases, either with similar suspects and or ballistic analysis, are being processed by the team for further investigation.”

“Charges have been withdrawn against 71 accused and 31 have been found not guilty. Over and above the allocated and parallel politically-related matters, the task team is conducting intelligence–driven operations targeting unlicensed firearms, which has resulted in 172 cases. More than 250 unlicensed firearms have been confiscated.”

Regions such as Pietermaritzburg, the KZN Midlands and eThekwini remain areas of concern regarding political killings.

Cele highlighted two specific cases, the first of which saw Fisokuhle Ntuli found guilty on six counts of murder and sentenced to six life imprisonment terms, one of which was for the murder of ANC councillor Thami Nyembe.

He also referred to the case of Nkosinathi Mantengu, who was found guilty on three counts.

Cele highlighted upcoming matters, such as the murder trial of ANC ward councillor Musawenkosi “Qashana” Mchunu, set to resume this week in the Pietermaritzburg regional court.

“Five accused are standing trial for his murder. Mchunu was shot dead in May 2018 outside his home in Pietermaritzburg.”

Progress has also been made in the murder case of Sindiso Magaqa, which is scheduled to start in July.

The NFP believes that some councillors are killed as a result of rival political parties wanting by-elections to get the position “via the backdoor”.
News
6 months ago

There is growing fear among KwaZulu-Natal politicians, more so ANC councilors in eThekwini after one of their colleagues was gunned down.
News
6 months ago
Next Article