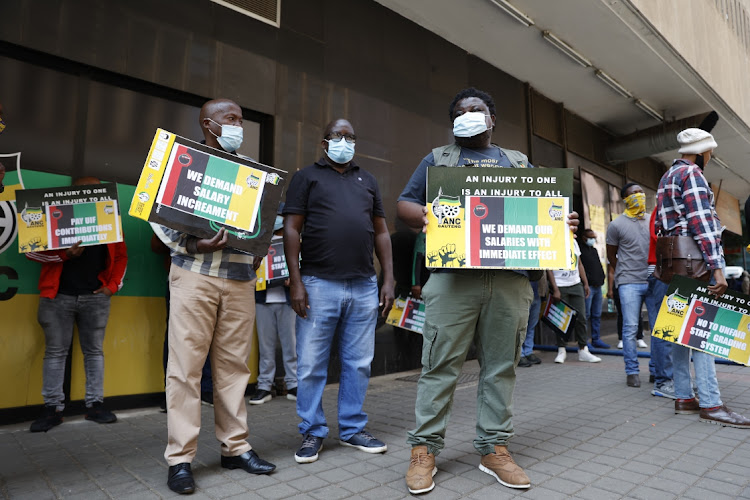 The payments were made on Tuesday, with December's salaries expected to be processed on Wednesday, he added.

Sunday Times last week reported that the ANC was scrambling to raise about R200m before the end of the year to cover its debts and pay its employees.

The staff said at the time they were facing a bleak Christmas because the party owed them three months in wages.

“Indeed, ANC staff have been paid for the outstanding months of October and November. We are expecting that the December salary will be paid by Wednesday,” Mabe said.

He could not say whether the party had been able to raise the reported R200m it needed to settle its debt, only saying staff would have all the money owned to them before Christmas.

The ANC has a salary bill of more than R12m. It also owes at least R140m in provident fund debt, as well as recurring PAYE tax debt and undisclosed amounts in medical aid and UIF debts.

“We are hoping that in the near future we will effectively deal with the salaries issue. We must thank the TG [treasurer-general Paul Mashatile], who has been hard at work raising money to ensure staff get paid what is due to them,” Mabe said.

“It is now all hands on deck and we wish our employees a merry Christmas and a prosperous new year. We must also thank our staff who have displayed commitment to the ANC, even [though there were constrains at times]. We hope to make the situation better going into the new year.”

One staff member confirmed salaries had started coming in, but said only October wages had reflected so far. They were expecting another notification on Wednesday, followed by one for December later in the week.

The jovial employee said the November salary may have been processed late, hence it had no reflected yet.

Sunday Times last week reported that some staff members had fielded calls from banks threatening to repossess their cars and houses because of nonpayment. Some said they had to ask the ANC to send letters to the banks informing them that bouncing debit orders were not the fault of employees.

The publication saw letters drafted by ANC general manager Febe Potgieter begging banks for leniency. In them, Potgieter told the banks that late payment of salaries was to blame for staff failing to meet their financial obligations.