Stolen delicacy could be worth about R7m, say the Hawks 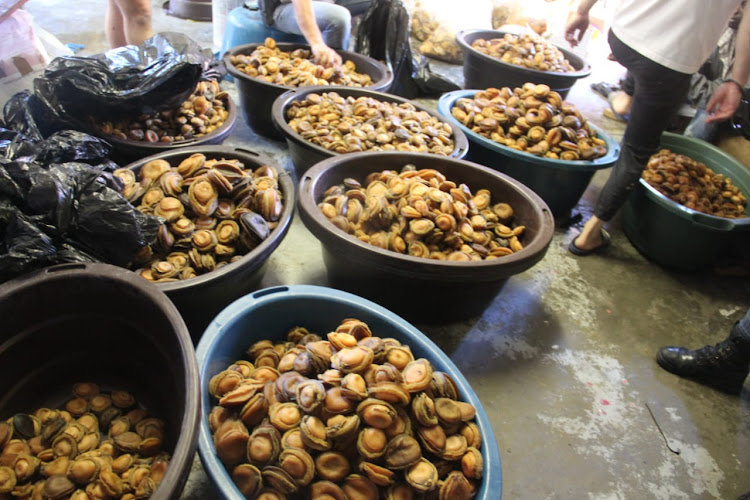 The Hawks raided a house in Bloemfontein where they found an illegal abalone processing plant.
Image: Hawks

The Hawks this week raided an illegal abalone-processing plant about as far from the sea as you can get — in Bloemfontein.

The raid points to a smuggling network from Cape waters, where the abalone is poached, to the middle of the Free State.

The facility was bust by the Hawks on Tuesday in the suburb of Bayswater, according to Hawks spokesperson Capt Christopher Singo, who said the team worked on “information received”.

The Hawks found dry and wet abalone with an estimated value of about R7m in a house in Olympus Street, Singo said.

Six suspects between the age of 20 and 40 were arrested and are expected to appear in court soon.

Police confiscated two vehicles from suspects who were arrested for illegal possession of West Coast rock lobster tails this week.
News
4 months ago

A gas explosion at a house in Motherwell in Nelson Mandela Bay in the Eastern Cape revealed a trove of poached abalone with an estimated street value ...
News
5 months ago

Abalone valued at more than R600,000 seized in Eastern Cape

Police have urged residents in coastal cities and towns to assist in protecting endangered marine life.
News
6 months ago

Abalone worth R2m seized in Cradock

The Cradock crime prevention unit confiscated 1.4 tons of abalone this week.
News
7 months ago
Next Article