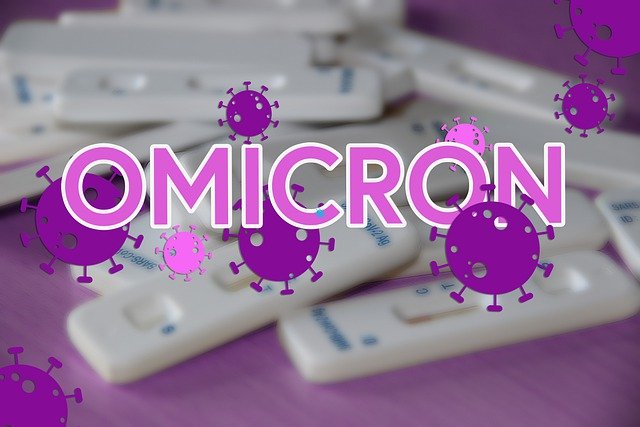 A report has found that most positive cases of Covid-19 in Tshwane were 'incidental findings' as most of the patients were admitted to hospital for reasons other than Covid-19.
Image: South African Medical Research Council website

Most hospitalised patients in Tshwane — the country's Covid-19 fourth wave and Omicron epicentre — have not needed supplementary oxygen to help them breathe.

This is according to the Tshwane district Omicron variant patient profile, contained as part of a report released by the South African Medical Research Council (SAMRC), which looked at early-experience patient profiles at the Steve Biko/Tshwane District Hospital (SBAH/TDH) complex in Pretoria.

The data is for the first two weeks of the Omicron wave in Tshwane, from November 14 to 29.

According to the report, the positive cases of Covid-19 have mostly been “incidental findings” in patients, meaning they were admitted to the hospital for reasons other than Covid-19.

“In summary, the first impression of the 166 patients admitted since the Omicron variant made an appearance, together with the snapshot of the clinical profile of 42 patients in the Covid-19 wards at the complex, is that the majority of hospital admissions are for diagnoses unrelated to Covid-19,” reads the report.

The report noted a sharp rise in admissions at the two hospitals, with 166 new ones between November 14 and 29.

On hospital admissions, a significant early finding, according to the report, was that admitted patients were staying for a much shorter period compared with previous virus waves.

The average stay was 2.8 days for patients who tested positive for Covid-19 over the past two weeks, compared to an average 8.5 days in the past 18 months.

However, the report says, the clinical profile of admitted patients could change significantly over the next two weeks, by which time conclusions could be drawn about the severity of the disease with greater precision.

Rules for events, venues and tourist sites amid Covid-19 gazetted

The tourism ministry has published new rules for safe operations in the tourism sector amid the Covid-19 pandemic.
News
1 month ago

Buthelezi in good spirits after testing positive again for Covid-19

A snapshot of 42 patients in the ward on December 2 revealed that 29 (70%) did not need additional oxygen.

“These patients are saturating well on room air and do not present with any respiratory symptoms. These are the patients that we would call ‘incidental Covid-19 admissions’, having had another medical or surgical reason for admission.

“Thirteen patients are dependent on supplemental oxygen of which nine (21%) have a diagnosis of Covid-19 pneumonia based on a combination of symptoms, clinical signs, CXR and inflammatory markers. All are being prescribed steroids as the mainstay of therapy,” reads the report.

The remaining four patients were on oxygen for other medical reasons — two previously on home oxygen, one in heart failure and one with a confirmed diagnosis of pneumocystis pneumonia.

Of 38 adults in the Covid-19 wards on December 2, six were vaccinated while 24 were unvaccinated and eight had unknown vaccination status.

Of the nine patients with Covid-19 pneumonia, eight were unvaccinated, and one is a child.

The report says only a single patient on oxygen was fully vaccinated but the reason for the oxygen was chronic obstructive pulmonary disease.

On the severity of the Omicron variant, the report says the best indicator of disease severity was measured by the in-hospital death rate. On this front, there were 10 deaths in the SBAH/TDH cohort in the past two weeks, making up 6.6% of the 166 admissions.

The report added that there were no Covid-19 related deaths among 34 admissions in the paediatric Covid-19 wards in the past two weeks.

“For now, the death rates in the past two weeks, as well as in the past 18 months at the SBAH/TDH complex are lower than the overall in-hospital death rate of 23% for the country in previous waves, as reported by the NICD,” reads the report.

Number of children with Covid-19 is not cause for panic, says expert

Higher hospital admissions among children during a fourth wave of Covid-19 infections in South Africa that is driven by the Omicron variant should ...
News
1 month ago

Ramaphosa will ‘soon’ meet command council amid surge in infections

Daily infections have increased five-fold after the emergence of the Omicron variant.
News
1 month ago
Next Article