Top SA scientists slam the global travel bans, saying they were not only ineffective but did significantly more harm than good. 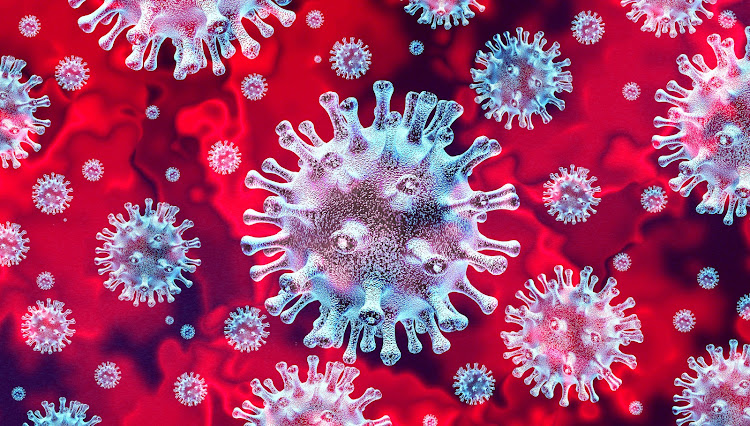 Travel bans were ineffective in stopping the spread of the new Covid-19 variant and cause significantly more damage than good, top SA scientists write in a comment piece published in the Lancet.
Image: 123RF/lightwise

This is the view of some of SA’s top scientists, who co-authored an article published in the Lancet this week.

The authors — Marc Mendelson, Francois Venter, Mosa Moshabela, Glenda Gray, Lucille Blumberg, Tulio de Oliveira and Shabir Madhi — say that the horse had long since bolted when it came to the Omicron variant, and that the travel bans implemented across the world were not only ineffective, but also did significantly more harm than good.

“By their nature, SARS-CoV-2 variants are several steps ahead of the international travel curve. Once community transmission of an airborne virus is occurring, travel restrictions have little effect; before travel bans can be imposed a variant identified in Country A has most likely already spread to Country B and, thereafter, globally,” they say.

Last week, SA health authorities announced the discovery of the new variant. Within a day, travel bans had already been introduced, first by the UK and then by a host of other nations.

But in their Lancet piece, the six experts point out that, just two days after Omicron was announced, the variant was already sequenced in from an unvaccinated traveller returning to Belgium from Egypt, via Turkey, who became symptomatic 11 days later — with the traveller having no ties with or exposure to anyone from Southern Africa.

“Omicron has probably already spread globally. Countries with robust surveillance and genomics capability will be able to identify cases early; others will not. The folly of restricting travel to a handful of countries at best might only buy some time before the virus variant is eventually imported.

“Travel restrictions are unlikely to be able to stop the spread of coronaviruses unless countries are able to completely seal their borders to travellers from all nations. Predictably, soon after the UK travel ban announcement, cases of the Omicron variant were reported in Europe, the UK, North America, and, as of December 2, 2021, 25 countries in total,” they wrote in the Lancet piece.

They added that, “paradoxically”, the most concerning variants for highly vaccinated countries would “likely arise in a high transmission environment where there are high levels of vaccine coverage, such as the UK, France, or Italy, to name but a few”.

Omicron is Alpha and Omega of British stupidity

Omicron, is the Alpha and the Omega of British arrogance and stupidity.... as they impose a hard lockdown on us. They seem to think that we are still ...
Opinion
5 months ago

The scientists were also critical of the bans, saying they were essentially a punishment for being transparent and reporting the latest developments as quickly as possible.

“In 2002, the Chinese government was criticised for withholding information on SARS.In November 2021, SA scientists rapidly and transparently shared the findings of mutation and genomic sequences of the latest SARS-CoV-2 variant.

“Rather than applaud their generosity and openness, travel bans have had the opposite effect and could be damaging to the health response, economy, and freedom of movement. This situation puts countries such as SA in a difficult position, and potentially threatens future willingness to share information and weakens global solidarity.

“Once again, SA and other Southern African countries have been stigmatised and will pay a heavy economic and societal price for sharing information. This experience is also likely to have a detrimental impact on the behaviour of other countries going forward,” they write.

They are also critical of many wealthier countries not fully supporting an equitable Covid-19 response in low-income and middle-income countries.

“We believe governments need to attend to their failings rather than penalise other countries unnecessarily. The latest travel ban has devastated family holiday plans and an industry. SA’s tourism industry contributes about R82bn annually to the fiscus, by far the largest proportion coming from UK tourists. Tourism and allied industries account for an estimated 1.5-million jobs and livelihoods in SA.

“One day after the UK’s travel red-listing of SA occurred, the Federated Hospitality Association of Southern Africa and the Southern Africa Tourism Services Association did a survey of association members serving international markets. An average of 2,506 cancellations had occurred among 603 respondents from tourist bookings they held over the next four months, representing 1.5-million cancellations in the first 48 hours after the travel ban began, and 390 respondents reported R940m of lost revenue,” they write.

The scientists conclude by calling for the bans to be lifted.

“We call on the UK and other governments to reverse their damaging travel bans and follow the advice of the World Health Organisation and the International Health Regulations in keeping international borders open. Instituting public health measures to identify and manage cases of the Omicron variant would be a far better investment.

“The UK in particular is damaging the economy of SA by its actions. Countless families in many countries have once again had their plans dashed by the decisions of politicians who want to be seen to be doing something rather than focusing on what they should be doing — meaningfully supporting global Covid-19 vaccination efforts,” they write.

The World Health Organization (WHO) urged countries to boost healthcare capacity and vaccinate their people to fight a surge in COVID-19 cases driven ...
News
5 months ago

The Omicron coronavirus variant is spreading faster than the Delta strain or any of the earlier mutations in Gauteng, an adviser to the provincial ...
News
5 months ago

Steepest Covid rise to date as Omicron spreads in all provinces, says minister

The current wave of Covid-19 fuelled by Omicron is seeing mainly mild cases in those who are vaccinated, but it shows “a very steep rise - steeper ...
News
5 months ago
Next Article