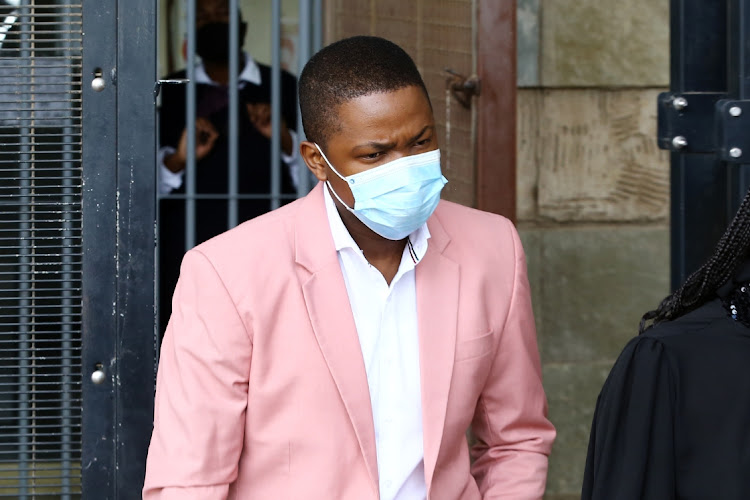 Self-proclaimed SA’s youngest “millionaire” and Forex trader Sandile Shezi paid a new bail amount fixed at R3,000 after violating his initial bail conditions as he arrived late for his appearance in the Alexandra magistrate’s court on Wednesday.

Dressed in a pink suit and white shirt, Shezi made a brief appearance accompanied by his lawyer and three acquaintances.

Shezi, who is facing a R500,000 fraud charge, had made his first appearance at the same court last month and was granted R5,000 bail.

Due to Shezi arriving late around 10.30am for his scheduled 08.30am court appearance, magistrate Renier Boshoff ordered Shezi's previous R5,000 bail be forfeited to the state and for him to be kept in police custody until he pays a new bail amount of R3,000.

Shezi's lawyer, whose name couldn't be obtained, said his client's late arrival was due to being stuck in traffic.

After securing his bail, Shezi walked out of the courthouse and tried to evade photographers who were taking pictures of him as he turned his face away from them. He then got into a silver Porsche Cayenne and drove off.

Shezi is accused of allegedly defrauding his business partner Allan Ledwaba of R500,000 worth of investments into Global Trading Institute (GTI) around 2018.

The matter was postponed to December 9 for further investigations.

Forced into a backroom after shady deal with a ‘millionaire’

Allan Ledwaba had to downgrade from a posh Johannesburg Estate apartment to live in a backroom in Hammanskraal, north of Pretoria, after he lost ...
News
1 month ago

Self-proclaimed 'millionaire' out on bail after first appearance

Sandile Shezi, the self-proclaimed SA’s youngest “millionaire” and forex trader, who is facing a R500,000 fraud charge, had resigned from his golden ...
News
1 month ago
Next Article