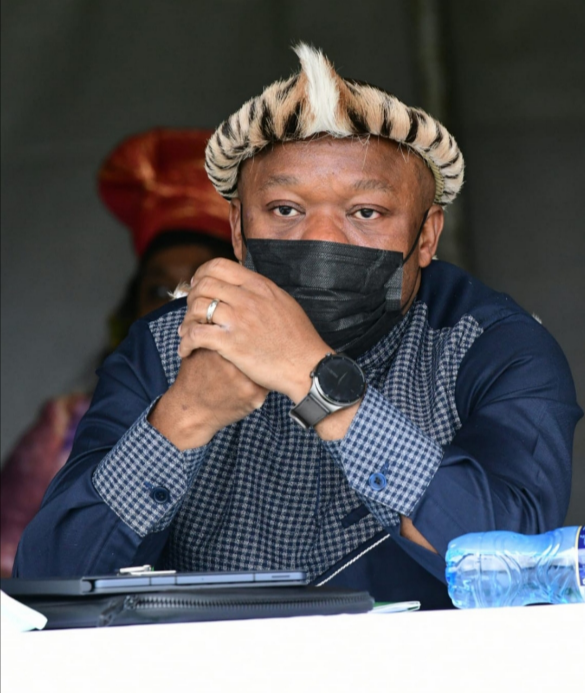 KwaZulu-Natal premier Sihle Zikalala has urged regiments of Zulu warriors (amabutho) to take the lead in the province's fight against gender-based violence and femicide.

Zikalala was speaking at an International Men's Day commemoration event in Mbumbulu, south of Durban on Saturday.

Premier Zikalala also urged amabutho to be “exemplary to young boys by teaching them the true values, characters and responsibilities of being trustworthy men”.

“We are aware of the challenges facing amabutho eSilo.

“This year has dealt many painful blows on our regiments.

“The first brutal blow to amabutho and the Zulu nation as a whole was delivered on March 12 this year, the day the Zulu nation lost His Majesty King Goodwill Zwelithini kaBhekuzulu, uMdlokombane, uBhejane phum’ esiqiwini kade bekulindele. Our King’s departure was soon followed by the untimely passing of Her Majesty Queen Mantfombi Dlamini-Zulu in April.

“As if that was not enough, amabutho recently lost the Zulu nation’s regiment leader, uMdidiyeli uMgiliji Zihogo Nhleko, who was laid to rest on Saturday last week.”

Zikalala told amabutho that he was hopeful “that these series of bereavement will not distract you from being of service to the nation which needs your services more than before. We appeal to you to remain steadfast.

“Amabutho are a bedrock and strength of the Zulu nation as the whole nation rely on their defence in times of war. As we confront this devastating war in the form of gender-based violence and femicide, we rely on amabutho’s guidance, war tactics, discipline and determination to win the war against gender-based violence and femicide,” said Zikalala.

He called for an end to the myth that “men don’t cry”.

There were 2,000 kidnappings reported in SA between July and September.
News
2 weeks ago

“We do not want to create a society of men who feel their voices do not matter, who think no one takes their concerns seriously.

“It is very important that men talk about issues that affect their mental, psychological and physical wellbeing so that they are solved before they worsen.”

Zikalala said it was never the culture in traditional Zulu society or African societies to repress women and relegate their role to second-class citizens.

“Our history teaches us that women were revered and even worshipped.

“Before the planting season, our ancestors did rituals to the goddess of fertility and agriculture. It is really shameful and a disgrace that today our mothers, our sisters, our daughters suffer in the hands of men and boys.

“Something has really gone wrong — this is not a society we can be proud of.

“It is our role as men to improve gender relations and promote gender equality in the workplace, in businesses, government, communities,” said Zikalala.