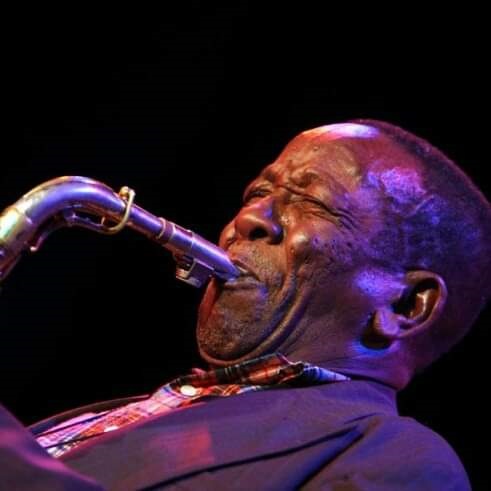 Jazz saxophonist Barney Rachabane, who has been at the forefront of the South African jazz scene, has died.

Rachabane, 75, who has been blowing his horn since the 1960s, when he was hit by the jazz bug, died last night from natural causes, according to a family statement. The legend is survived by three daughters and grandchildren.

According to his daughter, Naledi Rachabane, the sax man had not been well since the death of his wife three months ago. Naledi said in his last days the legendary singer reminisced about the good life he had with his wife of 60 years. “He was missing his wife a lot. Since she died he never stopped talking about her. My father was also looking forward to performing again as the industry was slowly opening up.”

Sipho “Hotstix” Mabuse defined Rachabane as a talented saxophonist. Mabuse wants the country to celebrate Rachabane’s gift and cheer him on for his talent. The legend, who turned 70 recently, worked with Rachabane while recording the albums of Harari.

“He was part of our first album with Bra Stompie. Barney surpassed many sax players in the country.  Most of them were in awe of his blowing skills. Our relationship grew over the years. I saw him recently when he lost his wife, a very wonderful woman. He was  not handling it well. That was a pillar of his strength.”

Naledi would like her father to be remembered as a passionate jazz musician who contributed to its growth in the country. Rachabane started out with Kwela music before moving on to jazz. In the 1960s he performed in various bands with drummer Early Mabuza.

During the 1970s, he formed his own group, The Roots, and collaborated with other artists. In the 1980s he was involved in different projects and worked with Masekela and Caiphus Semenya. Rachabane was also part of the 20-year long Graceland Tour with international singer Paul Simon, which ended in 2012. He has released albums such as Blow Barney Blow, Barney's Way and Afro Cool Concept in New Orleans.

Details of the funeral and memorial service will be released by the family during the course of the week.