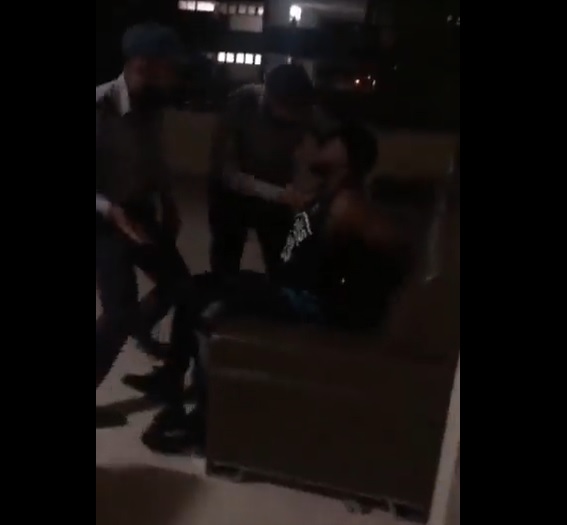 In the video, a man sitting on a couch with his hands held behind his back and restricted by one of the men in uniform, is slapped by another man, also in uniform.
Image: Screengrab of video

The national health department said on Tuesday it would investigate the circumstances around a video of South African students being assaulted, allegedly by Cuban authorities.

Department spokesperson Foster Mohale said it has been confirmed that the people in the video were South African medical students.

“The department, working closely with the department of international relations and co-operation (Dirco), and other relevant authorities, has initiated a process to investigate the circumstances which led to this unfortunate incident.

“The findings of the investigation will be communicated to all the affected parties, including families of the students,” Mohale said.

In the video, a man sitting on a couch with his hands held behind his back and restricted by one man in uniform, is slapped by another, also in a uniform. The man is dragged away while the men in uniform proceed to accost more male students as screaming ensues.

About four men in uniform can be seen in the video.

One female student could be heard saying “voetsek” twice to the men.

Deputy health minister Dr Sibongiseni Dhlomo has appealed to the public to desist from sensationalising the video as it has potential to harm the families of the students and diplomatic relations between SA and Cuba.