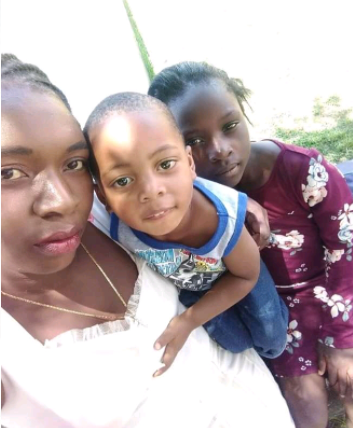 Khetsiwe Khoza is pleading with whoever took her two children, Siphosethu and Bonginkosi, to return them unharmed.
Image: Supplied

The mother of two children from the Lynnville township in Emalahleni (formerly Witbank) who mysteriously disappeared from their home is begging their abductors to return them unharmed.

“Whatever I may have done, I am so sorry.  They are the only important thing to me. They are my weakness. I bow to whatever you want. An apology is all I can offer. Please bring back my children,” Khetsiwe Khoza told TimesLIVE on Sunday.

She said she last saw Siphosethu Dlamini, 11 and Bonginkosi Khoza, 5, on Friday morning.

Khoza said she had seen on TV stories of children who disappear or are abducted but never in her wildest dreams did she think it would happen to her.

“Only God knows how I am surviving or have woken up in the last two days. The one minute I am fine and the next I feel as though I am losing my mind. But my pastor has been here and  I am also getting a lot of prayers,” she said.

She was haunted by not knowing whether her children were being fed and whether they were afraid in the company of whoever was keeping them.

Recalling the last time she saw her children, Khoza said she had spoken to them about missing school on Friday.

“I had wanted them to miss school because they were fluish and were complaining of headaches. Siphosethu had a nose bleed the night before, but she insisted she was fine,” said Khoza.

Whatever I may have done, I am so sorry.  They are the only important thing to me. They are my weakness. I bow to whatever you want.

The children went to school while she went to a domestic worker job in Reyno Ridge two taxis away. She noticed something was amiss when she returned home from work at around 5pm.

“As I was walking to my house, I saw the door to the house and the gate were open. I was asking myself as I walked there why they would do this,” she said.

She arrived at the house to find her daughter’s school bag on the kitchen table. The house was quiet.

Police teams assigned to work on securing hostages' freedom can involve a core team of 10 senior officers and up to 200 people on the ground.
News
7 months ago

“I decided to take a nap. A few moments later, I woke , took my daughter’s bag and decided to go through her school work. It became windy outside so I expected to hear them running towards the house, as they normally would, but it did not happen,” she said.

Khoza waited but became concerned when around 9pm, the children had not returned. She walked to a neighbour's house where the children usually were if they were not home.

“My neighbour said they were not there and she had last seen them at 4pm, playing in my yard. I became alarmed and we started going door-to-door, waking neighbours to ask if they knew anything.

“We went to their friends. No-one had seen them. One child said they had seen them passing through one neighbour’s yard but he had no idea where they were going,” Khoza said.

She called the children’s father, who was in Bronkhortspruit, but he knew nothing of their whereabouts. She then headed to the police station to open a case.

Khoza said the worst thing about her children missing were the rumours going around in their area.

“Some people say I owe Nigerians and that is why my children were taken. The rumours are not nice,” she said.

Police have confirmed two missing person’s cases have been opened.

Anyone who has information regarding the whereabouts of the children can contact the investigating gfficer Sgt Manzini from Vosman police station on 013 659 8400 or  071 203 0918 or Maureen Scheepers from the SA Community Crime Watch Missing people Unit on 082 565 6770.

The children were kidnapped in Limpopo three weeks ago, allegedly by seven gunmen. The children were being driven from their Crescent Street home in Polokwane’s Nirvana suburb to the nearby Curro Heuwelkruin School.

Sunday marked the youngest of the Moti brother’s birthday. Zidan was turning seven. Well-wishers used the day to go onto social media and once again plead with their abductors to release them.

The Moti and Khoza families were not the only ones clinging to hope their children would be safely returned to them. 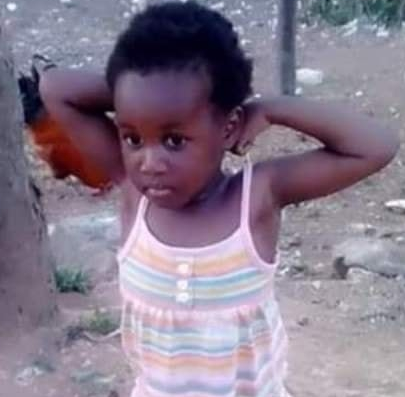 Siphesihle Dlamini disappeared during a church service in KwaZulu-Natal in December 2017. Her parents are clinging onto hope they will find her alive.
Image: Supplied

It has been four years since Siphesihle Dlamini went missing while she and her mother attended a church service on New Year’s Eve in 2017 near Amandawe  on the KwaZulu-Natal south coast.

“She was sitting next to me and holding my bag when those of us who were new had to go to the front to greet the congregation. When I came back she was gone, Only my bag was there,” her mother told TimesLIVE shortly after Siphesihle’s disappearance.

Last week, the family said it was counting down to Siphesihle’s birthday on December 1. The perfect gift, they said, would be to have her home where she could meet her two new baby brothers.