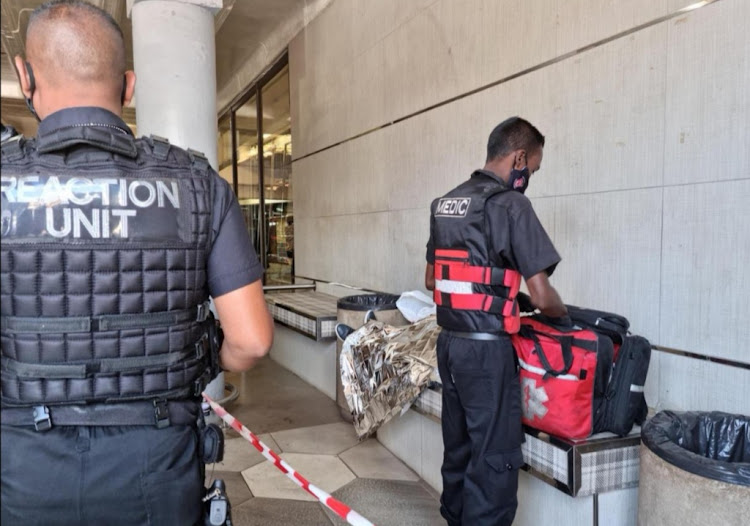 A woman died in a mall in Phoenix on Wednesday morning.
Image: Reaction Unit SA

Morning shopping at a KwaZulu-Natal mall turned tragic when an elderly woman collapsed and died on Wednesday.

“Rusa received several calls from shoppers requesting assistance for a woman who had collapsed and became unresponsive.

“On arrival paramedics assessed the individual and found she showed no signs of life.

Balram said it was established the woman lived in Phoenix and her family was contacted after retrieving their numbers from her cellphone.

“The circumstances leading up to her death have not been established at this stage.”

A grade 9 pupil from Hoërskool Hennenman collapsed and died on Tuesday, the Free State department of education said.
News
1 year ago

Mine worker collapses and dies at entrance to North West mine

A staff member at West Gold Plant in Orkney, North West, died immediately after collapsing at the entrance to the mine on Thursday morning, the ...
News
2 years ago
Next Article