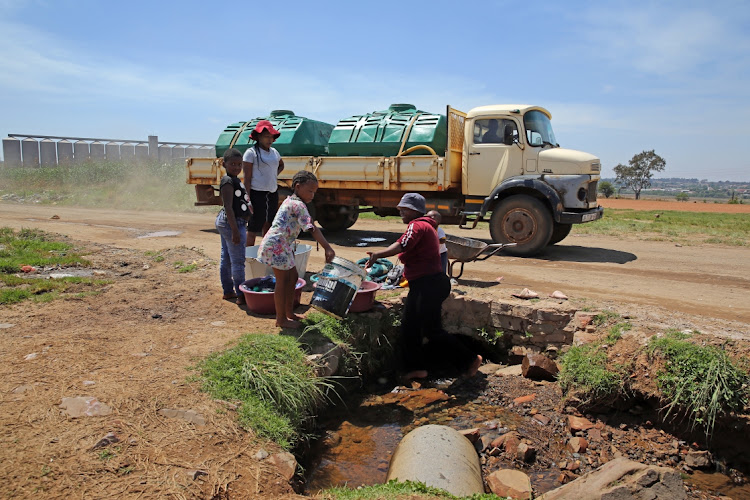 The SA Human Rights Commission (SAHRC) has recommended that the running of waste water treatment plants in the City of Tshwane be taken over by national government to stop pollution in the capital.

On Tuesday, the SAHRC released its report into the pollution of water resources in the City of Tshwane and the dysfunctional state of its waste water treatment plant.

The commission found that waste water treatment plants in Tshwane are malfunctioning and as a result rivers such as Apies, Tolwane, Pienaar and Hennops and the Roodeplaat and Leeukraal dams are being polluted with untreated and partially treated sewerage and sludge.

A sample analysis by Magalies Water Board  and the Council for Scientific and Industrial Research of a sample conducted last year showed horrendous levels of faecal coliforms and E coli.

In its analysis, scientists found that people and animals who drink the water are vulnerable to illness such as bilharzia, cholera and hepatitis.

Pollution of water, which has been taking place since 2008, affected ground water, crops, cattle and water sport and tourism along the rivers, the report revealed.

It further showed that the reason for the pollution of water resources is failure to maintain waste water treatment plants over a long time.

If the DA wins the November 1 municipal election at JB Marks municipality in Potchefstroom, North West, the political party will focus on getting ...
News
3 months ago

“The City of Tshwane has failed to fulfill its constitutional objectives by not ensuring the provision of services to communities in a sustainable way,  and has not promoted a safe and health environment in accordance with section 152 of the Constitution,” said commissioner Jonas Sibanyoni.

The commission recommended that national government intervenes and takes over the running of waste water treatment plant to end crisis in Tshwane. It also recommended that municipal managers who were in charge of when the water infrastructures degraded be criminally charged.

“Several times the department of water and sanitation communicated to the City of Tshwane that it must address the issue of water pollution but they did nothing. It is for that reason that we want those who were in management to be criminally charged,” Sibanyoni said.

The inquiry into the water pollution in Tshwane began in 2018 after residents complained about the water quality coming out of their taps.

SAHRC also recommended that a national entity be established to oversee integration of water care at national, provincial and municipal level.

“We are happy with the report. We have been vindicated as residents of Hammanskraal as we have been saying that the water is not suitable for human consumption. The report gives us hope as we can be able to use it if we want to take further legal steps against the municipality.

"We are also happy that the commission will have a monitoring team to see if all those cited in the report comply with its recommendation,” said Tumelo Koitheng, chair of the Hammanskraal Residents Forum.

Gauteng premier David Makhura and minister of water and sanitation Senzo Mchunu have refused to give a timeline on the work to find a solution to the ...
News
3 months ago

Durban households fined for illegal use of municipal services

Durban households have been slapped with fines of over R1,000 for illegally using municipal services as part of the city's clean-up operation.
News
4 months ago
Next Article