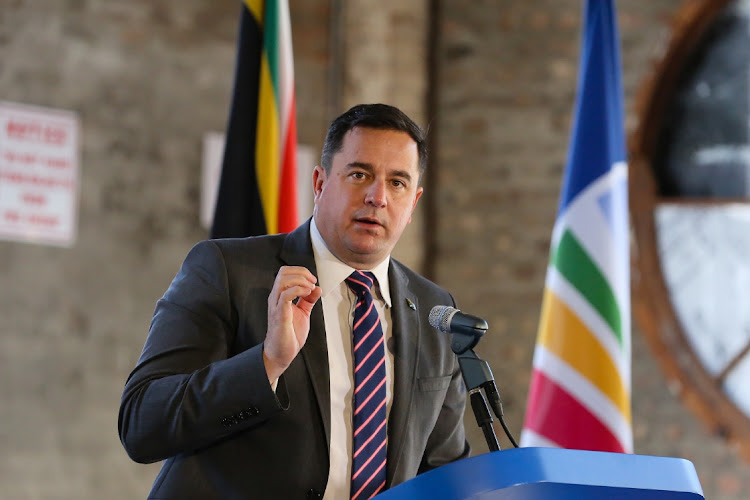 Steenhuisen, who spoke at the official opposition’s election rally in Tshwane, said Eskom’s decision equalled “job shedding”, adding that it was the opposite of what President Cyril Ramaphosa promised in 2017 that the country’s electricity problems would be “a thing of the past”.

According to Eskom, the stage 4 load-shedding would last until Saturday morning.

“The only load we need to shed in SA is the ANC because once we shed that load, we can start to progress as a country,” he said.

He called on Tshwane residents to once again push the ANC to below 50% and enable the DA to return to the helm of the metro, where it took over through a coalition after the governing party was dislodged in the 2016 municipal elections.

The DA, the ANC, EFF and ActionSA have been on major election drives in the capital city as they pushed to maximise their electoral fortunes ahead of the November 1 polls, which are expected to be fiercely contested.

A few hundred DA supporters converged at the Solomon Mahlangu Square in Mamelodi, where the party’s leadership recounted its good track record of governance which they said would be disrupted if the ANC came back to power.

Eskom ramps up load-shedding to stage 4

Eskom is ramping up load-shedding to stage 4.
News
7 months ago

Steenhuisen also backtracked on his willingness to work with the ANC as a coalition partner after the elections as he said this was a lie as the DA wanted to push the ANC out of power.

He said other political parties did not matter ahead of the elections, as it was either the DA or the ANC that would eventually take over the reins and govern.

“On the  2nd of November, you are going to wake up with a DA government or an ANC government. There are only two parties of government in SA and that is the DA and the ANC,” he said.

Steenhuisen also bashed smaller parties and called on residents not to vote for them as they were “one-night stands”.

Steenhuisen and the DA have been hard at work decampaignig smaller parties, including ActionSA, as they said voting them equalled  “dividing the vote”.

“We cannot play with fire. Don’t mess around with these small parties. I promise you, they are like one-night stands. They will never return your call after the election. You will never see them,” he said.

DA provincial leader Solly Msimanga said while the party’s own internal polling projected it at under 50%, it remained hopeful that it would edge other parties if it did not secure a clear majority.