Punish the ANC at the polls for July unrest: IFP 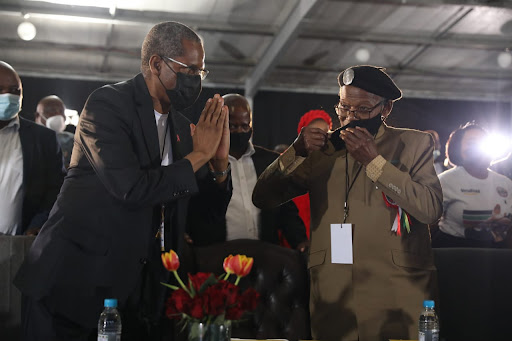 Punish the ANC at the polls for the July unrest that brought KwaZulu-Natal to its knees — this is the gospel the IFP is preaching ahead of the November 1 local government elections.

Party founder Mangosuthu Buthelezi on Tuesday told the community of Nkandla in rural KwaZulu-Natal that the governing ANC has shown its true colours and lost the confidence of the people.

“Under their leadership, KwaZulu-Natal was thrust into a political war, with looting, civil unrest, damage to property and destruction of jobs. They have brought this province, and our entire country, to its knees. We now face economic disaster,” said Buthelezi.

He reminded voters that the IFP stood publicly against the violence and called for calm.

“While the ruling party burnt down KwaZulu-Natal, countless communities stood together against the anarchy. You stood hand in hand with the IFP, through many long nights, ensuring that peace could be restored. And, in the aftermath, the IFP helped you and your families rebuild and restore, through food deliveries, construction and social assistance.”

Buthelezi said the stark difference between the party that leads the province (ANC) and the party “voters can trust” (IFP) has never been more obvious.

“It is time to put KwaZulu-Natal back into the hands of leaders who build, who serve, and who put the people first,” he added.

In its hopes to retain Nkandla municipality under the King Cetshwayo district, the IFP further committed to prioritise assistance to anyone starting or operating a small business and other infrastructure aimed at helping business to thrive.

“We are also working to connect disadvantaged communities to the internet, by using municipal facilities such as libraries and clinics to create Wi-Fi hotspot hubs. Partnering with the private and non-profit sectors, we aim to provide capped free data at universal hotspots in all municipal buildings and other government facilities, allowing every resident to access the internet,” Buthelezi explained.

While the IFP was able to reclaim its official opposition spot from the DA in the province in the past national election, the party said it is working hard to make significant inroads in local government too and cited its track record to entice voters.

“Today, the IFP is the strongest opposition in KwaZulu-Natal. We have a track record that cannot be beaten, a legacy to be proud of and the capacity to take over the governance of this province. We will do that with your mandate, through your vote, so that together we can make KwaZulu-Natal a powerhouse of development and peace,” he said.