R20m worth of abalone seized from various illegal processing facilities 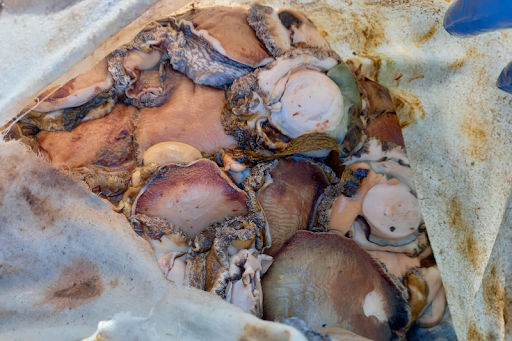 A police-led operation in Cape Town resulted in nine people being arrested and R20m worth of abalone seized, as various facilities were raided. File photo
Image: SAPS

Raids on various illegal processing facilities across Cape Town on Tuesday led to the arrests of nine people and the seizure of more than R20m worth of abalone.

According to Hawks Western Cape spokesperson Zinzi Hani, the arrests were the result of an operation involving the Hawks' serious organised crime investigation team, members of the department of forestry, fisheries and the environment, police crime intelligence officers and the Overberg police’s K9 unit.

The team started their operation by pouncing on an illegal abalone processing facility in Welgemoed, Bellville. There they arrested two Chinese and two Zimbabwean nationals, aged between 24 and 27, who were found with dried abalone worth about R6.5m as well as abalone processing equipment.

The team proceeded to the industrial district of Stikland, also in Bellville, where they discovered a processing facility and seized more than R13m worth of abalone before arresting a Kenyan and Somali national, aged 23 and 30.

From there the operation moved on to its next target, a property in Parow, where they uncovered another processing facility with more abalone. They arrested two Chinese nationals and a Zimbabwean, aged between 25 and 26.

All nine will appear in the Bellville magistrate's court on Thursday. 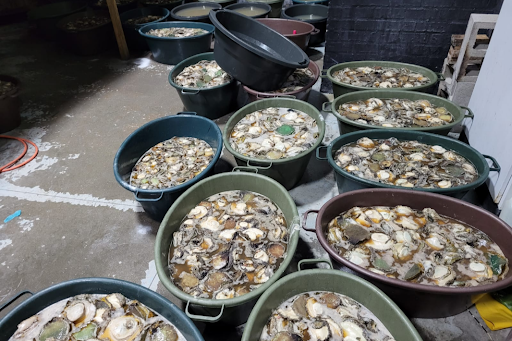 Abalone worth more than R20m was seized by authorities in Cape Town on Tuesday.
Image: Hawks

Abalone, or perlemoen, is a mollusc that lives in the sea around South Africa's south coast. The species is in rapid decline due to an insatiable demand in China for the product as a delicacy and a status symbol.

Man arrested with abalone worth R1.2m

Police confiscated abalone worth an estimated street value of R1.2m in a vehicle on the N2 near Caledon in the Western Cape on Wednesday morning.
News
11 months ago
Next Article