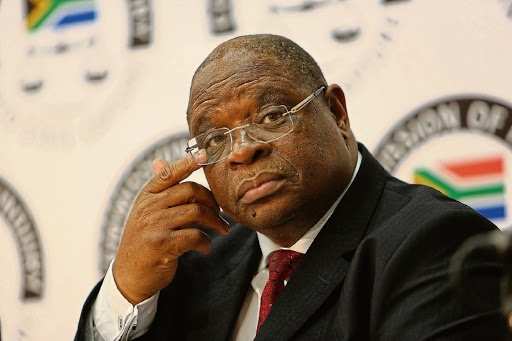 The state capture commission has yet again requested a deadline extension to deliver its final report.

Commission chair deputy chief justice Raymond Zondo filed the request on an urgent basis at the high court in Pretoria on Thursday. He said that he needed until the end of December to file his final report - some three months after the already extended deadline of the end of September.

In his affidavit, Zondo said he had made an error in the estimation of how long the drafting of the first to third, and final, reports would take.

President Cyril Ramaphosa has indicated that he would wait for the final verdict of the inquiry into state capture before reconsidering some of the ...
News
1 year ago

'I centralised intelligence to win back public's faith in it'

President Cyril Ramaphosa says his placement of the intelligence services in the presidency is not for securing unfettered power over citizens ...
News
1 year ago

The commission was established in 2018 and has enjoyed public interest throughout with witnesses coming forward to testify and assist the court in determining what happened with state funds.

“I need to point out that the amount of work involved under the different topics or workstreams is not the same. The work involves the preparation of summaries and analysis of evidence led over three years, in which more than 330 witnesses testified,” said Zondo.

This is about the fifth extension that the commission has applied for and flies in the face of finance minister Tito Mboweni, who had vowed there was no more money to fund the probe after its previous extension.

The costs of running the commission now stand at about R1bn — including paying exorbitant fees to evidence leaders and investigators, and other administrative costs.

Former Prasa boss Lucky Montana continues with his spirited offensive to discredit the state capture inquiry, saying it has been chasing shadows.
News
11 months ago

President Cyril Ramaphosa has told the ANC NEC lekgotla that the party must be armed and ready to counter perception that his government is corrupt ...
News
11 months ago
Next Article