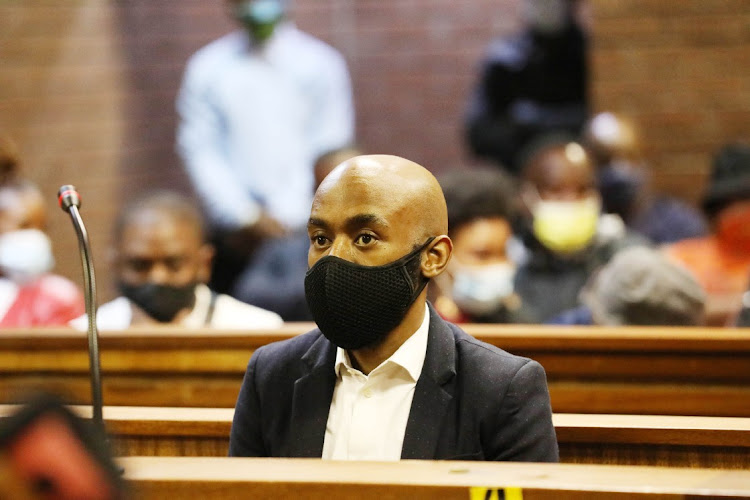 The state on Thursday morning told the court that Ntuthuko Shoba, the alleged mastermind in the murder of Tshegofatso Pule, would be a flight risk should he be granted bail.

State prosecutor Faghre Mohamed told the Johannesburg high court that Shoba faced 25 years' imprisonment and would likely only be released when he is a pensioner.

The state claimed that Shoba allegedly remarked that he would have fled if he had had prior knowledge of his arrest. Therefore, it made him a flight risk, Mohamed said.

Shoba was not present in court but his defence advocate, Zweli Zakwe, argued that the factors presented before court during his previous two failed bail applications cumulatively offered that of exceptional circumstances.

He also questioned the state's cellphone evidence in the case.

Zakwe said “anything can still happen” when the matter goes to trial.

He further argued that the lower court “paid lip service” to the presumption of innocence in the matter.

At earlier court appearances, Shoba’s previous lawyer Luyanda Nyangiwa said Shoba feared for his safety after he received death threats. Nyangiwa said a number of voice notes threatening Shoba’s life were circulating. The threats were also allegedly made in the corridors at the prison where Shoba was being held.

But on Thursday, Zakwe told the court that he did not see any personal threat to Shoba’s freedom, should he be released.

“I am sure that arrangements can be made for him to relocate to a different province if necessary until the case is finalised.”

In response, Mohamed told the court that the suggestion of an alternative address for Shoba should be disregarded.

“A fair reading of the record confirms that the serious nature of the charges would probably give impetus to the appellant’s abscondment.”

However, Zakwe told the court that it was “speculation” that Shoba would flee the country.

Mohamed further argued that the witnesses in the matter were known to Shoba and there was a probability he might interfere and manipulate the outcome of the trial.

“The appellant’s [Shoba] contention that no evidence was presented of the likelihood that he is a potential danger to the state witnesses, is based on a fallacious understanding of the record. The reference to such was evident in the state’s initial bail affidavit,” he said.

He asked the court to dismiss the fresh bid for bail.

“It is submitted that the approach of the court of the first instance is beyond reproach.”

Judgment on the bail bid is expected on September 22.

The state needs more time to prepare for the third bail application of former JSE analyst Ntuthuko Shoba, on trial in the South Gauteng High Court ...
News
4 months ago

Ntuthuko Shoba, the former JSE analyst standing trial for the murder of his pregnant girlfriend Tshegofatso Pule, wants to launch a third bail ...
News
7 months ago

Shoba is accused of masterminding the murder of his eight-month pregnant lover Tshegofatso Pule last June.
News
8 months ago
Next Article