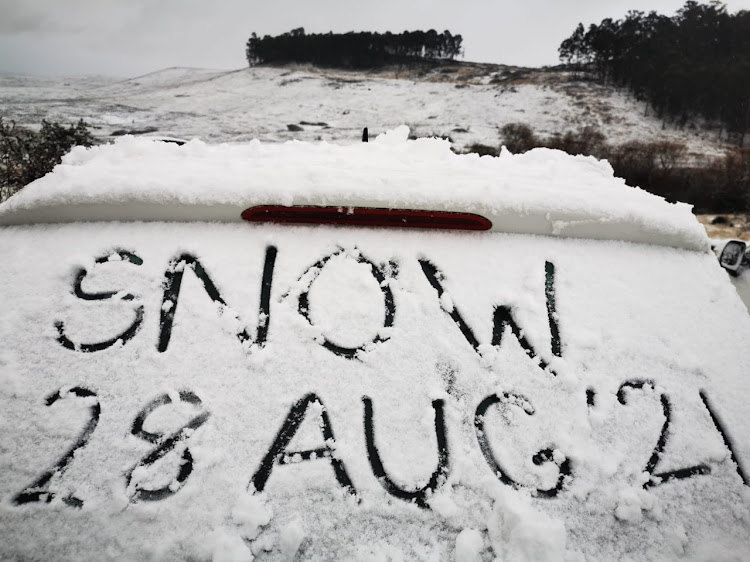 A weak cold front is expected to arrive on Monday but the weather will be warmer than this weekend.

“It’s not expected to bring bad weather as we had this past weekend,” said SA Weather Services forecaster Mbavhi Maliage.

“Temperatures will obviously cool down and there is some rainfall expected along the coastal regions of the Western Cape. However, it’s nothing as severe as we have experienced this past weekend.

“There is an alert out for strong winds between the south of Cape Town and Cape Agulhas, and also for waves between the same area, and it’s just valid for tomorrow.”

Some light rains in some coastal regions were expected for the rest of the week.

Maliage said the light rain will only be confined to the coastal regions of the Eastern Cape on Tuesday and will spread to KwaZulu-Natal on Wednesday.

Some parts of KwaZulu-Natal experienced snowfalls from the Drakensberg to Hillcrest near Durban on Saturday.

On Friday, the SA Weather Service confirmed “low-level snow” near Ceres in the Western Cape.

It's winter wonderland in KZN, it's been quite a long time that I have seen snow. We became children again..

Ziyakhala eKZN, let's wake up and see some more #snow

As much as I love snow this was truly an exception in #CapeTown #Snow #Ceres just fantastic 💙✨ pic.twitter.com/6pTRwAeIBm

I tried😂😂😂phela it's a first time we have snow (South of Durban) pic.twitter.com/37tmVZe3nc