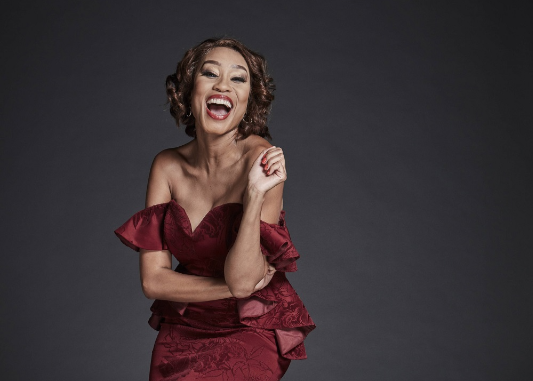 As we experienced yet another cold front this past weekend, we saw our favourite celebs enjoy intimate moments with their loved ones as they celebrated the gift of life.

This past weekend, actress Kgomotso Christopher reminded her fans and followers the importance of honouring those closest to them while they are still alive when she celebrated her mother for turning another milestone.

With the uncertainty of life these days, the actress felt blessed to be able to throw her mother a small and intimate 75th birthday which was attended by close friends and family.

Celebrating the “queen mother”, Christopher also shared pictures of her mom, letting the world know what a truly selfless person she is.

While Christopher reminded us of the importance of celebrating the ones we love, actress Sophie Lichaba’s son Lwandle did the opposite when he exposed his ex-stepfather, Max Lichaba, of allegedly cheating and his abusive nature in a viral diss track on Twitter.

Although the actress dropped her surname "Lichaba" and went back to her former marital surname "Ndaba" a few weeks ago, her last born who is an aspiring rapper by the name of "Ocean L" released a diss track over the weekend called, My Step Dad A Devil.

In the viral diss track, the actress’s 22-year-old son explained that the reason for putting his stepfather on blast was because “people deserved to know the truth” about him.

Talk about high fashion! “African giant”, Burna Boy as he fondly calls himself, showed us that he too can be a fashionista when he stepped out in this jean to jean outfit.

The Nigerian artist rocked a sky blue denim shirt, a grey see-through top and cowboy-inspired denim pants. He paired his high fashion look with brown shoes and accessorised with expensive-looking diamond chains. With this look, we can safely say Burna truly “Banked On It”!

Your one stop shop for news you might have missed from the weekend.
S Mag
1 month ago

A roundup of three things from the weekend.
S Mag
2 months ago
Next Article