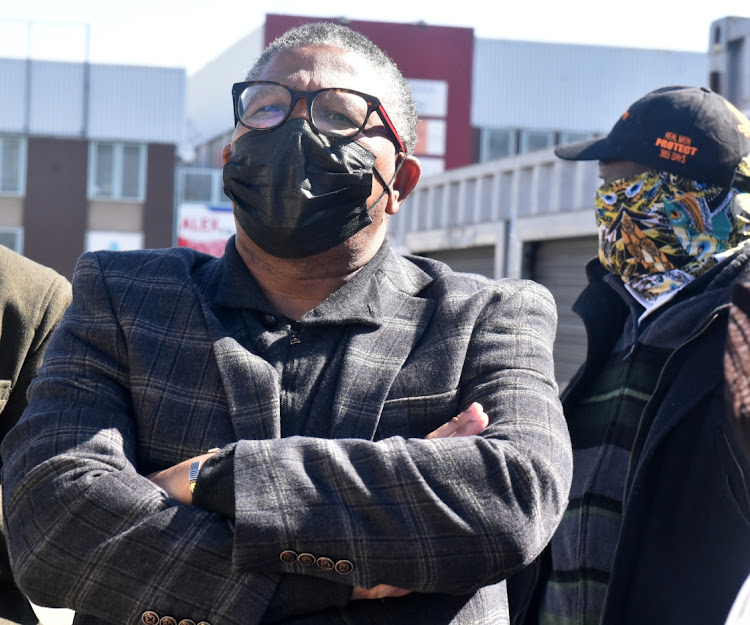 Transport minister Fikile Mbalula will next week announce a task team of eminent people to deal with taxi violence.

Mbalula announced this during a press conference on Thursday after his visit to Cape Town to deal with the current spate of violence.

Mbalula said the group will not only deal with the violence in Cape Town but across the country.

He said this was a result of the resolutions of the taxi indaba which seeks to professionalise the taxi industry.

“This panel is about dealing with unity within the industry, with the view of doing away with the killings, examine what are the things that are costing lives and what to do. Now, you can't look at one part without looking at the others.

“Will that subsidy lead to ensuring that the cost of the taxi, in terms of the instalment ... is going down and that reduces this overzealousness and greed that we see of people fighting over routes?” said Mbalula.

He said the government needed to ensure regulation of routes to deal with operators who were not fully licensed.

Mbalula slammed taxi operators for the violence in Cape Town which has brought public transport to a standstill.

“The full might of the law will be unleashed on all those who undermine the law and seek to perpetuate violence,” said Mbalula.

He warned there were signs of more violence, with threats to close down malls and routes.

Western Cape transport MEC Daylin Mitchell, who was also at the press conference, announced that his government may announce plans to close down certain routes and ranks should a solution not be found for the current violence in the province.

“About 120,000 commuters are being held hostage by a criminal few [who are] trying to take over this industry or bring public transport to a standstill. We will not stand by and allow a criminal few to continue to hold the citizens and commuters of this province hostage.

“It's like organised crime trying to break down the economy. We cannot tolerate lives and livelihoods being affected by a criminal few that are operating like thugs to try to control this industry,” said Mitchell.

The Western Cape minister of community safety, Albert Fritz, said in a statement there were no incidents of taxi-related violence overnight.

On Thursday, the Golden Arrow Bus Service was operating at 80% capacity.

“The significant increase in SAPS and law enforcement presence has brought calm to taxi ranks across the city,” said Fritz. “We are monitoring the situation very closely. We are in constant contact with the SAPS and the metro police, and we are working to ensure that our citizens are safe.”

Two suspects connected to the recent spate of taxi violence in Cape Town were arrested after they allegedly opened fire on vehicles at Langa taxi ...
News
10 months ago

Three people were killed and two wounded, including a five-month-old baby, in a taxi shooting on Thursday.
News
10 months ago
Next Article