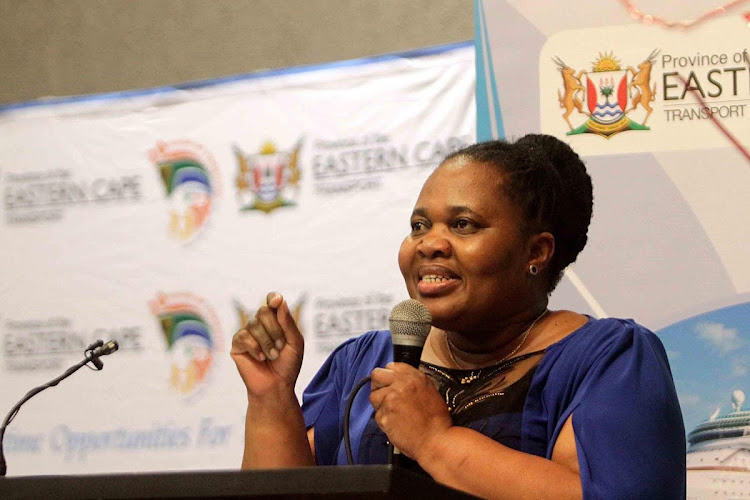 Eastern Cape community safety MEC Weziwe Tikana has appealed to the public not to spread rumours about the murder of a taxi boss.
Image: Daily Dispatch

Eastern Cape community safety MEC Weziwe Tikana-Gxothiwe has urged the public not to interfere with a police investigation into the murder of a prominent taxi boss in Gqeberha.

On Saturday, provincial police spokesperson Brig Thembinkosi Kinana said the two have “appealed to members of the community to allow the police space as they continue to probe the murder”.

He said Tikana-Gxothiwe and Ntshinga also asked the public not to spread rumours about the shooting.

“The two leaders of law enforcement in the province have also appealed to community members to avoid spreading rumours and speculations which have a potential to frustrate the investigation,” said Kinana.

“The deceased, aged 61, believed to be a chairperson of one of the taxi associations, died in a hail of bullets from three gunmen while in his car at Njoli taxi rank. The incident happened in broad daylight on Thursday.

“The three suspects then jumped into a getaway vehicle and are still at large. The motive of the shooting is unknown at this stage but police are following good leads to bring the perpetrators of this crime to justice.”

Three people were killed and two wounded, including a five-month-old baby, in a taxi shooting on Thursday.
News
11 months ago

There have been no reports of unrest in the Western Cape, premier Alan Winde said on Wednesday after a taxi violence incident in Cape Town sparked ...
News
11 months ago
Next Article