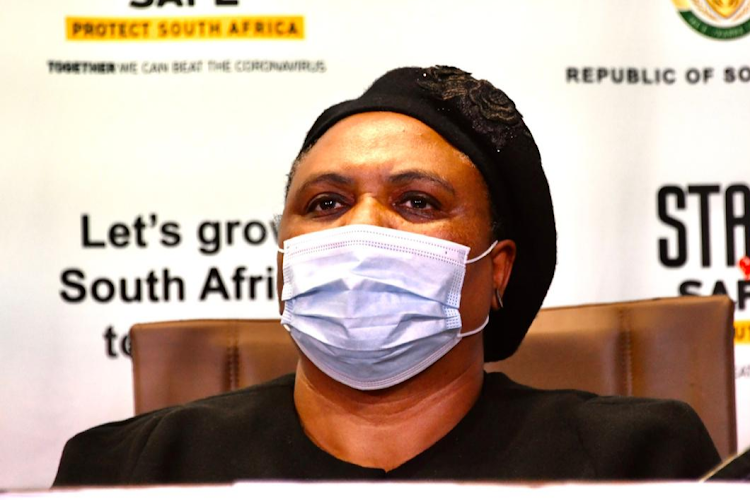 Agriculture, land reform and rural development minister Thoko Didiza says she has “taken it to heart” that she and others who have held the ministerial position “should have done more” to exercise oversight of the Ingonyama Trust and its board.

The minister is seeking a meeting with the Zulu monarch to discuss the matter.

Didiza was reacting to criticism that she “breached her duties” to protect the trust’s land residents after Friday’s Pietermaritzburg high court judgment declared the trust’s policy of forcing people to sign leases to live on their ancestral land to be unlawful.

KwaZulu-Natal deputy judge president Isaac Madondo, with two judges concurring, ruled the leases were unlawful and the trust must pay back the many millions “extracted” from residents.

In terms of a supervisory order, he directed the minister to reinstate the previous “permission to occupy” (PTO) policy and to report back to the court on progress every three months.

When you convert to leasehold, it is a kind of dispossession and government has been instructed to reverse what the trust has done.

The attorney for the trust and board, Petrus Coetzee, told SowetanLIVE's sister publication TimesLIVE on Saturday he had received instructions to launch an application for leave to appeal.

“Same will be delivered shortly,” he said.

However, the minister is pressing ahead to comply with the order.

In a radio interview on Monday, she said the court had found that in terms of customary law, people did have ownership rights.

“When you convert to leasehold, it is a kind of dispossession and government has been instructed to reverse what the trust has done.”

She said while the oversight role to be played by her office in the affairs of the trust had been delegated to the MEC of co-operative governance and traditional affairs (Cogta) in the province, this did not absolve her office of the responsibility to ensure that delegation was properly administered, and as minister “you are still ultimately responsible”.

Initially, the minister said, the trust had entered into lease agreements for commercial land “and what we all have to accept is that we should have ensured the board did not go beyond commercial leases”.

“My understanding is that trusteeship does not mean you own the land. You hold the assets in trust for the beneficiary community and the land belongs to the community.”

She said she had contacted Cogta MEC Sipho Hlomuka and they would meet on Friday to discuss how to strengthen capacity to comply with the order.

The books of the trust have been historically cloaked in much secrecy. It falls on the minister to ensure transparency.

She had also written to the board to tell it to comply, and made overtures to meet new King Misuzulu KaZwelithini.

In the same interview, Legal Resources Centre (LRC) attorney Sharita Samuel, who acted for the applicants, the Council for the Advancement of the SA Constitution (Casac), the Rural Women’s Movement and several individuals personally affected by the lease policy, said at this stage only the trust knew how much money it had been paid in rentals.

“It is not possible for us to quantify the sum. It would require the trust and the board to make its records available so the minister can interrogate and confirm the amount of rentals unlawfully collected,” she said.

“The books of the trust have been historically cloaked in much secrecy. That has not altered to date. It falls on the minister to ensure transparency.

“We hope the trust and the board will co-operate with the minister to ensure compliance.”

In court papers, residents spoke of how they were threatened with banishment and told they were “turning against the king” if they did not sign the leases.

Women said they could not sign and were told they must bring a male relative to sign on their behalf. Residents received no information about the consequences of signing these leases.

They were not informed they were in effect watering down their existing land rights or that it was possible to upgrade their PTOs to title deeds in terms of the Upgrading of Land Tenure Rights Act (Ultra).

There are an estimated five million people living on trust land in KwaZulu-Natal.

The Ingonyama Trust has been ordered by the Pietermaritzburg high court to pay back the money it took from people living on trust land who it forced ...
News
5 months ago

The court has ruled that all leases are now invalid and that minister Thoko Didiza, who “breached her duties”, reinstate the PTO policy and report ...
News
5 months ago
Next Article