'I am handling it to finality': Ramaphosa denies it was a political risk to act slowly against Zweli Mkhize

'I'm handling this matter and I will handle it to finality. It is concerning, it is disturbing and I raised it frontally because of its importance — and also demonstrating that this will not be swept under the carpet,' Ramaphosa said. 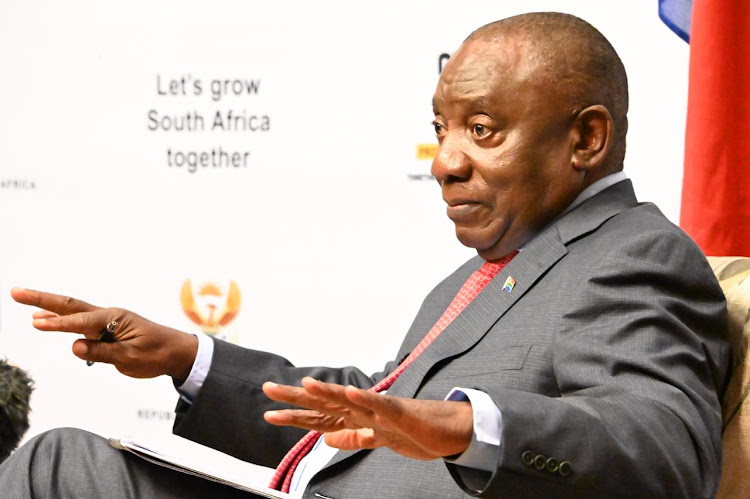 President Cyril Ramaphosa is convinced that the manner in which he's handling allegations of corruption against health minister Zweli Mkhize “will give credence” to his commitment towards clean governance.

Ramaphosa was responding to questions on the R150m Digital Vibes contract saga in Cape Town on Thursday during an engagement with the Parliamentary Press Gallery Association (PGA) after a National Assembly debate on his budget vote.

He told members of the PGA and other senior journalists that he did not agree with suggestions that he had “outsourced political morality” to law-enforcement agencies by waiting for an SIU investigative report on Mkhize before taking action against him.

Mkhize is being investigated by the SIU over a R150m tender awarded by his department to Digital Vibes, a company owned by his associates, to do communications work on Covid-19 and the National Health Insurance scheme.

The Daily Maverick has reported that some of the proceeds have benefited Mkhize's family and his son, Dedani, including payments towards the upkeep of a Johannesburg home owned by his family trust and procurement of a Land Cruiser for Dedani.

The issue, and Ramaphosa's general approach to how he managed corruption allegations against ministers and government officials seen as his supporters, loomed large during his budget vote on Wednesday.

But the president on Thursday denied that he was taking a political risk by not taking swift action against Mkhize, saying he was still gathering the facts before making up his mind.

“Am I taking a risk? No, I don’t believe so. I would only take a risk if I did not address it,” he said.

Ramaphosa asserted that this approach would eventually vindicate him, as he had raised it “frontally” with Mkhize.

“I'm handling this matter and I will handle it to finality. As I said, it is concerning, it is disturbing and I raised it frontally because of its importance — and also demonstrating that this matter will not be swept under the carpet.

“It will be dealt with in terms of principles and value systems that we want to inculcate and embed in our governance system.

“So rest assured that this matter will be handled in a way that gives credence to our adherence to the principle of good governance and ethical leadership. That must and will happen.”

Asked directly why Mkhize had, in the least, not been placed on suspension or leave of absence pending the SIU investigation, Ramaphosa said: “These are matters that obviously have to be looked at and I would like this process to ensue. And I would like people to believe and trust that I'm handling this matter.”

He said Mkhize was not managing the vaccine programme as an individual, but was working with an interministerial committee led by deputy president David Mabuza.

'As this presidency, we are determined and willing to join forces with all those who want to see South Africa recover, grow and thrive,' Ramaphosa ...
News
1 year ago

President Cyril Ramaphosa says he has spoken to health minister Zweli Mkhize about the serious allegations of wrongdoing involving the alleged ...
News
1 year ago
Next Article