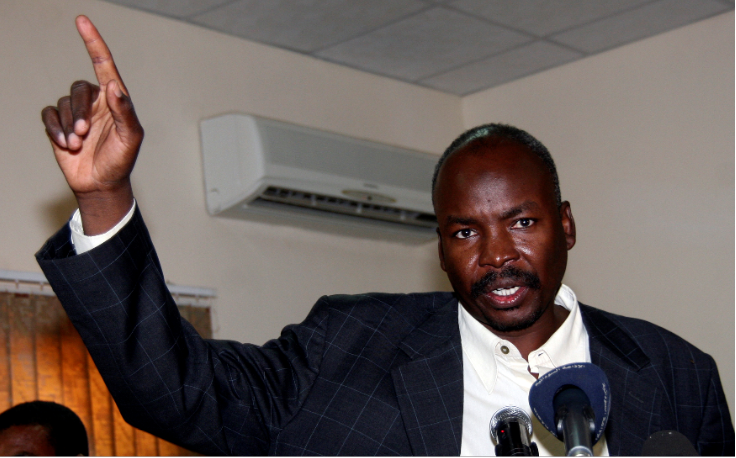 The accused, Ahmed Haroun, asked in May to be sent to The Hague, the court's headquarters, complaining that he would not receive a fair trial in Sudan.
Image: REUTERS/ Stringer (SUDAN - Tags: POLITICS)

The International Criminal Court has asked Sudan to hand over one of the key people accused of war crimes and genocide in Darfur and an ally of ousted President Omar Hassan al-Bashir, the visiting chief ICC prosecutor said on Wednesday.

The accused, Ahmed Haroun, asked in May to be sent to The Hague, the court's headquarters, complaining that he would not receive a fair trial in Sudan.

Chief ICC prosecutor Fatou Bensouda told a news conference that Bashir, in prison in Khartoum, was still wanted by the ICC and that the court was willing to negotiate with the Sudanese government on where his trial should be held.

Bashir had for years resisted ICC warrants against him and four allies, including Haroun, over the conflict in Sudan's western region that killed an estimated 300,000 people and drove 2.5 million from their homes.

They face charges at The Hague of genocide, war crimes and crimes against humanity for atrocities committed by pro-government forces in Darfur beginning in 2002.

The military-civilian transitional government that replaced Bashir in 2019 has said it will cooperate with the court.

ICC investigators will travel to Darfur to continue speaking with victims of the violence, Bensouda said.

She said she did not sense any opposition from Sudanese officials over handing over Haroun, which she said would need to happen before July so that he could be tried alongside defendant Ali Kushayb, who handed himself over to the court last year.

Darfur, which Bensouda visited this week, has seen a new outbreak of violence, beginning last year.

"One of the (pieces of) information I got during my tour is that crimes are ongoing," she said. "And what I want to say is that the ICC has not stopped working, it has not stopped looking at the situation and it will continue."

Eighteen people have been killed and 54 injured in tribal clashes in the Sudanese city of El Geneina, medics said on Monday, in a renewal of ...
News
9 months ago

The Sudanese government and a major rebel group from its southern Nuba Mountains on Sunday signed a document which paves the way for a final peace ...
News
10 months ago
Next Article