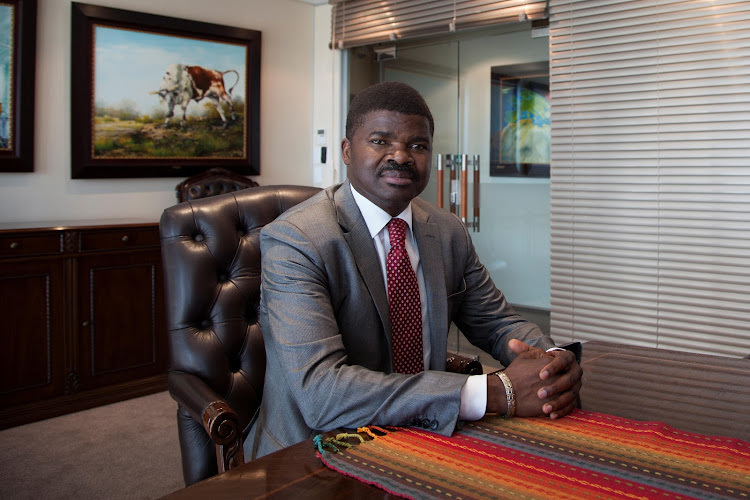 As his flagship business this year celebrates 20 years, entrepreneur Zamani Letjane has expressed happiness about the milestones his enterprise has managed to achieve as the country's first black-owned retirement fund administrator.

However, the founder and MD of Akani Retirement Fund Administrators laments the fact black people have failed to start a commercial bank.

Akani Retirement Fund Administrator's total assets under administration are worth R28bn. Clients include the Municipal Workers Pension Fund and the Chemical Industries National Pension Fund. One of the subsidiaries, Akani Properties, with total  assets of close to R3-billion, manages and develops a number of shopping centres in Mpumalanga, North West, Northern Cape and Gauteng on behalf of the pension fund  clients.

While investing in projects that would grow the investments of members of his retirement fund clients, Letjane also has his personal business interests. He is a player in the commercial property development and management, tourism and power generation businesses. He also runs a funeral scheme business.

His Akani Properties's flagship property development is the R950m Radisson Destiny Hotel and Conference Precinct near OR Tambo International Airport in Kempton Park, at which President Cyril Ramaphosa delivered the keynote address last year to mark the official opening. The company also won a contract this year to build a R350m hotel in Middelburg, Mpumalanga.

However, he believes black people should, with the support of government, work harder to own a commercial bank.

“If you ask me ... what happened to our own government since 1994? Did we start our own bank? That's one of the areas where we have lost the ground [as black people] because our funds are now being controlled by someone else [established companies]," he said.

Letjane also weighed in on the debate about the nationalisation of the Reserve Bank, saying he was in favour of it.

“We cannot have a foreigner controlling the Reserve Bank,"  he said.

About 67% of beneficiaries who contacted the financial sector regulator about unclaimed benefits are set to receive more than R13.7-billion from the ...
Business
2 years ago

He said if black businesses start a commercial bank, the government should be supportive by having some of its departments paying out salaries through the black financial institution. “Even a majority of businesses should be encouraged to have bank accounts with the black bank.

“But if a black business starts a bank and we are unable to attract our own African people then we have a problem,” he said. “The freedom we have currently is a pseudo-freedom, we don't have a freedom,” he said.

Letjane said he was inspired to start  Akani Retirement Fund Administrators because there were no black pension fund administrators at the time.

“The interest to go into pension fund administration came in 1994 when I was an HR [human resources] practitioner and an employee retirement fund trustee,” he said.

“As a practitioner you need to understand how pension funds came about, what was the purpose of it and as and when the beneficiaries were coming to claim, I have to understand how to go through their claims. I also had to understand what is the make up of the lump sum amounts. If a person has to be paid three times their annual salary, given the  contribution which is less than 30% of their salary, how is that amount then multiplied. I [studied further] to understand that, and as a result it became easier for me when I started the administration company. I knew what was expected from me as a player in pension fund administration,” he said.

This resulted in Letjane resigning from his job. However, business was tough at first and it took two years to start attracting clients.

Letjane told SowetanLIVE that his company would celebrate its 20 years of existence by rebranding, which will be anchored on three pillars: wealth, people and protection “which are encapsulated in our repositioning strategy to leverage our market position as the leading, largest and truly black-empowered and managed retirement administrator in Southern Africa”.

Don’t let your injury at work become a financial loss

Your health and how it affects your ability to work may feel like something personal, but if you have been off work with a disability, making your ...
Business
1 year ago

The pension that many retirement fund members end up with is just a quarter of their earnings because of the wrong savings decisions, statistics ...
Business
1 year ago
Next Article