Don’t let your injury at work become a financial loss

If your claim is ignored, you can complain to the Pension Funds Adjudicator

Think very carefully about resigning to get your hands on a lump sum withdrawal benefit from your retirement, instead of applying for a disability benefit. 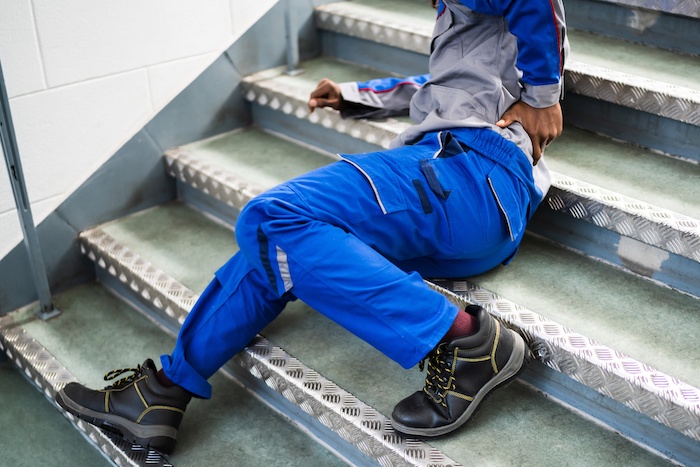 If you are injured on duty, your employer is obliged to claim from the Compensation Fund.
Image: 123RF/ANDRIY POPOV

Your health and how it affects your ability to work may feel like something personal, but if you have been off work with a disability, making your own decisions about when to return could have severe financial implications.

A Sowetan reader who worked for a steel manufacturer was injured at work last year and spent more than a year recovering from a pelvic fracture at home.

During this time, he enjoyed disability benefits of 75% of his income from Rand Mutual Assurance, which administers claims to the Compensation Fund. The fund covers employees injured or taken ill at work.

But in July this year, his treating doctor urged him to return to work saying his disability was not permanent and he would not qualify for further payments, he told Sowetan. He was treated until August.

The man, however, did not feel fit enough to return to his job which involved heavy labour.

He has since been dismissed and now feels aggrieved because the injury at work has robbed him of his “good, healthy status” and disadvantaged him from getting another job. “Who must I cry to if I get no job over this? Do I really not qualify for compensation,” he asked.

Rand Mutual Assurance did not respond to a request for comment, but its website sets out details on where to lodge a complaint and how complaints can be escalated to an independent tribunal of adjudicators approved by the Compensation Commissioner.

Employees have the right to appear in person at the tribunal or be represented by a union or lawyer.

Elna van Wyk, the national head of disability management and technical underwriting at Momentum Corporate, a company that provides disability cover through private insurance, says the reader should go back to his doctor or consult a new doctor about his inability to work.

She says the huge focus on Covid-19 cases has resulted in some doctors spending little time on other cases, especially injury on duty cases.

If you are injured on duty, your employer is obliged to claim from the Compensation Fund, but if your disability or illness is not work-related you may be covered by a private insurer by way of life and disability benefits through your retirement fund or a standalone disability benefit set up for employees.

WHEN ARE YOU DISABLED?

Insurers have different definitions of disability.

Momentum’s Elna van Wyk says when an insurer says you're only fit to do a similar job it should negotiate with your employer to accommodate you. If the employer doesn't have a suitable job, it can retrench you.

In this case if you disagreed with the doctor about your ability to return to work, you could contact the insurer or the fund and make sure they have your medical reports as it is the fund or its insurer that will decide if you qualify for ongoing disability payments or not.

Sometimes funds have rules about what will qualify you for a disability benefit but often the rules simply say you qualify for a benefit if the insurer regards you as disabled.

In all cases, your employer is not the one that decides if you are fit to work. This does not mean you can just stay away from work, as then your employer can dismiss you.

If you belong to a retirement fund, it will then be informed that your employment has been terminated and you will no longer be able to apply for disability benefits.

Cases that have come before the Pension Funds Adjudicator show, however, that your employer can also not refuse to send your application for disability to your fund or its insurer.

Many life assurers require the employer or the fund to inform them of a disability within a certain period of time and failure to lodge a claim in time can result in your claim being rejected.

The adjudicator has in the past held employers liable for disability claims they have failed to submit to insurers within the timelines set for claims.

However, make sure you appeal any decision you don’t agree with quickly.

Think very carefully about resigning to get your hands on a lump sum withdrawal benefit from your retirement, instead of applying for a disability benefit. Once your lump sum is spent and you are still unable to work, you will realise that a monthly income benefit you could have enjoyed until retirement and then a pension from your retirement fund would have been a better bet.

If you do not agree with a decision about your disability benefits from the Compensation Fund you need to appeal that decision with the fund or its administrator.

If your disability benefits are provided through a stand-alone group insurance scheme that is not within a retirement fund, you need to complain to the Ombudsman for Long-term Insurance.

If your fund declines your claim, you can complain to the Pension Funds Adjudicator. If the fund did not approve your claim because the life assurer did not agree to pay the claim, the adjudicator may refer your complaint to the life insurance ombudsman.

How you can get a disability benefit

Lump sum benefit: Your retirement fund may offer a lump sum disability benefit, which is normally a multiple of your salary. You will also be able to draw you retirement savings but ideally you should keep this money for retirement. Remember, most policies exclude cover for pre-existing conditions that you had before you were employed.

Compensation Fund benefits: The Compensation Fund pays for both temporary disabilities from which you recover and permanent disability but only if your injuries are sustained or illness contracted at work. The fund also pays for medical expenses.

Retirement annuities: Retirement annuity (RA) and preservation funds do not usually provide disability benefits, but you should be able to access your RA savings if you are permanently disabled before the age of 55. Accessing your savings early in life, however, will quickly deplete them.

You have to have quite an unusual or dangerous occupation for insurers not to cover you, and even then, you can get what is known as impairment cover.
Business
1 year ago

Make sure your medical bills don’t ravage your retirement savings

What most of us don’t realise is that many people will be living longer with an illness, rather than dying from it.
Business
2 years ago

Latest insurance stats are showing that it’s never too early to sign up for risk cover such as life insurance and severe illness and funeral cover.
Business
1 year ago
Next Article