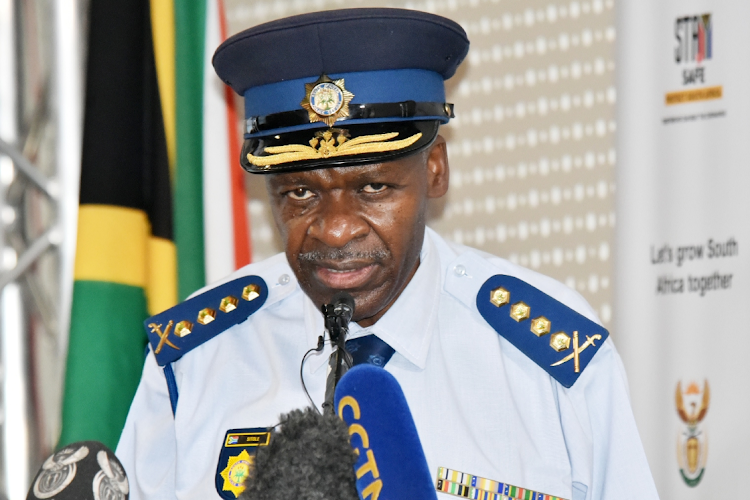 A brazen attack on the police in Gauteng in the early hours of Monday, during which one officer was killed and a second wounded, has sparked a high-profile manhunt for the suspects.

The shooting took place in the Boschkop area of Gauteng at about 1am, said Brig Vish Naidoo.

Two constables were on patrol when they spotted a white VW Polo without registration plates. They were travelling in the vicinity of the N4 highway near the Solomon Mahlangu on-ramp.

“The members ordered the driver of the VW Polo to stop and thereafter approached the vehicle on foot.

“Two male suspects emerged from VW Polo and a scuffle ensued between the suspects and the two constables.

“Both constables were shot and their firearms were taken.”

One constable died at the scene, while the second was taken to hospital with a gunshot wound to his leg.

Gauteng police have mobilised a 72-hour activation plan to trace the suspects, while national SAPS appealed to anyone who has information on the whereabouts of the suspects to contact the police.

Information may be communicated via the SAPS Crime Stop number 086-00-10111 or via the MySAPS app, which can be downloaded on iPhone or Android.

All information will be treated with strictest confidence and callers may remain anonymous, said Naidoo.

Police minister, Bheki Cele has expressed concern over allegations that the Zandspruit community chose to take the law into their own hands and burn ...
News
4 months ago

No more law and order in SA

Something which is contrary to the laws of nature is called a miracle.
Opinion
4 months ago
Next Article