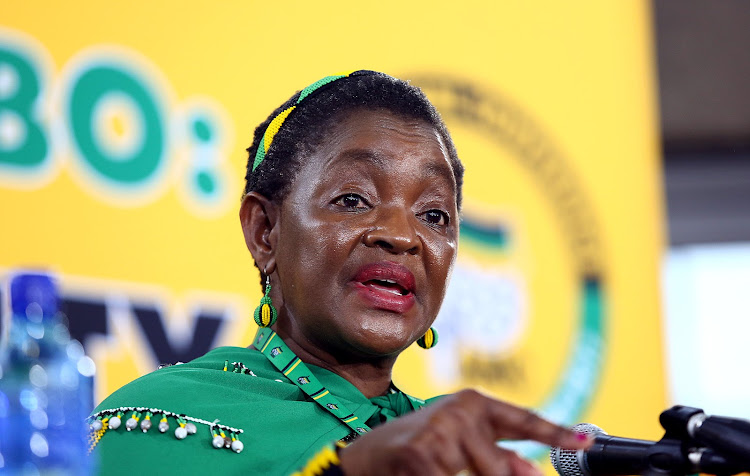 Sanef has expressed shock at Bathabile Dlamini’s online attack on a female senior journalist, and has reminded political and sector leaders of the consequences of intimidating journalists.
Image: Masi Losi

Noting that it was barely a week after the celebration of International World Press Freedom Day on May 5, the forum said the president of the ANC Women’s League had singled out the seasoned politics editor at News24.

Dlamini took to Twitter about a News24 article titled “Bathabile Dlamini faces resistance over calls for ANCWL to support Magashule”.

“Taking to Twitter — a social media platform that has become synonymous with the most vitriolic and atrocious attacks against mainly women journalists — the ANCYL president, who has 22,600 followers ... accused Hunter of deliberately 'spreading lies' and being 'bankrolled' by a 'Master' to 'destroy the ANC'.

“Her tweets further refer to Hunter as 'misogynistic' and 'an insult to the struggle for women’s emancipation' and further labelled her as an 'information peddler',” said Sanef.

The forum noted that News24's lawyers have called for an unconditional retraction of the accusations and for an apology to be published on Twitter and other platforms, noting the defamatory nature of the statements.

Sanef said a deadline of 24 hours was given, after which further legal action would follow. Sanef reminded political and sector leaders of the consequences of any attempts to intimidate journalists and the dangerous affect it has on media freedom.

“There is ample evidence to show that the naming and targeting of journalists online leads to further harassment and intimidation by political party supporters, sometimes physical or in the form of death threats. Journalists must not be placed in the middle of political or inter-party factional disputes that are endemic in the South African political landscape.

“Media freedom is the lifeblood of our democracy and is protected by the constitution. Governments in Africa, and the rest of the world, have been urged by the UN General Assembly to protect and defend media freedom. Media freedom was proclaimed by the General Assembly in 1993, after a recommendation adopted at the 26th session of UNESCO's general conference in 1991. This after a call by African journalists (including key Sanef founder members) who in 1991 produced the landmark Windhoek Declaration,” it said.

Former social development minister Bathabile Dlamini has paid the R650,000 personal costs granted against her by the Constitutional Court in a 2018 ...
News
1 year ago

The ANC Women's League (ANCWL) has come out in support of its president, former social development minister Bathabile Dlamini, who is embroiled in a ...
News
1 year ago
Next Article