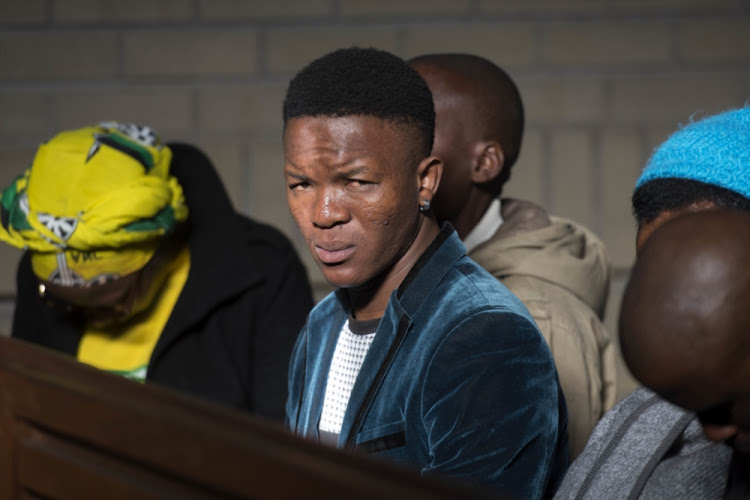 Victor Mlotshwa, who was forced into a coffin by two farmworkers who threatened him with death, says he will never forgive nor forget what his attackers did to him.
Image: Gallo Images / Beeld / Deaan Vivier

It’s been four days since farmworkers Theo Jackson and Willem Oosthuizen, who filmed themselves forcing another man into a coffin, were released from prison on parole.

Their victim, Victor Mlotshwa, says he is ready to put this chapter of his life behind him.

Speaking to SowetanLIVE's sister publication TimesLIVE, Mlotshwa said had not known the pair was already out of prison.

“It’s news to me. The last time I heard anything was when the department [of correctional services] invited me for a victim-offender dialogue with them. I refused and said I could not be in the same room as them,” Mlotshwa told TimesLIVE.

Since then, he alleged he had heard nothing from the department.

Mlotshwa said even though he wants to put this behind him, he could never pretend it did not happen.

“The department decided to release them after everything. That is what I will have to live with.”

Mlotshwa became known when a video showing him being forced into the coffin as he cried, clapping his hands as he begged for his life, circulated on social media in 2016. The video had been recorded by the two attackers.

While Mlotshwa testified that the two men had suddenly attacked him as he waited to hitchhike in Middelburg, Mpumalanga, they alleged they had found him in possession of suspected stolen copper cables.

The cables were never found.

They embarrassed me, undermined me and degraded me. For that, I can never forgive them.

The high court in Middelburg in 2017 sentenced Oosthuizen and Jackson to 16 and 11 years behind bars respectively, but the Supreme Court of Appeal overturned the attempted murder convictions in December last year.

The high court had initially handed them a five-year sentence for kidnapping after it heard how they had tied Mlotshwa to the back of a bakkie and driven him to a secluded area where the assault took place. The SCA however reduced this to one year.

A Constitutional Court ruling that was also delivered last year declaring sections of the Intimidation Act of 1982 as unconstitutional and invalid also meant that Oosthuizen and Jackson's intimidation convictions were dissolved.

The two were to serve time for the kidnapping and assault with the intent to grievous bodily harm charges, which remained. Jackson had faced an additional charge of defeating the ends of justice after he confessed to burning the coffin that had been used in the attack.

For the assault, they each had five years and one year for kidnapping. All the sentences had been ordered to run concurrently, meaning they were to serve just five years behind bars. With the sentence being antedated to October 2017, the pair have served almost three years of their sentence. Once they had served two thirds of their sentence, they were to be eligible for parole.

The pair were initially released on parole in February but, soon thereafter, justice minister Ronald Lamola said their parole was being placed under review because Mlotshwa had initially not been invited for a victim-offender dialogue.

The parole was placed under review and the two accused were placed back in prison.

Jackson and Oosthuizen have now been released as part of the special parole dispensation implemented to stop the spread of Covid-19 in prisons.

Correctional service spokesperson Logan Maistry said prisoners who had been released were low-risk offenders, others were ill, others elderly and at high risk of contracting the virus.

“Parole boards and heads of correctional centres had to consider each case on its own merits prior to placement of these qualifying offenders on parole,” said Maistry.

“This requires a meticulous process, which involves victim-offender mediation and the taking of DNA samples by the South African Police Service. The released low-risk inmates have undergone relevant rehabilitation and reintegration programme.”

A total of 9,537 offenders had qualified for parole.

“Since the special parole dispensation does not remit sentences, these offenders were placed out subject to placement conditions which must be complied with until they serve their sentences in full,” said Maistry.

He said Jackson and Oosthuizen would continue to serve their full sentences on parole and were subject to placement conditions which must be complied with until their sentences expire.

Justice minister Ronald Lamola yesterday announced that the two Mpumalanga farm workers who forced Victor Mlotshwa into a coffin would be referred ...
News
2 years ago

“It is shocking and there is nothing I can do. I am heartbroken and no longer interested in those guys.”
News
2 years ago
Next Article