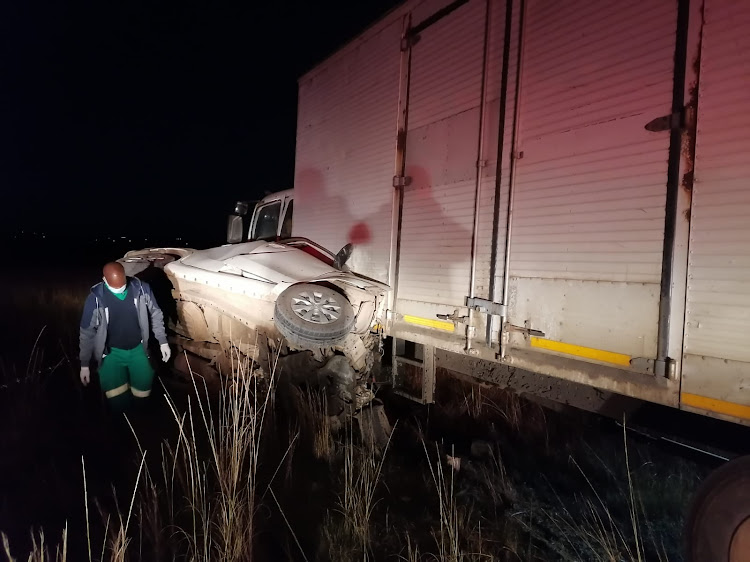 A first responder at the scene of a head-on collision on the N2 highway in the Eastern Cape near Butterworth which left 7 people dead on Saturday.
Image: Supplied

Seven people died in a head-on collision on Saturday evening on the N2 highway in the Eastern Cape between Dutywa and Butterworth.

The deceased were the occupants of a Toyota Avanza which collided head-on with a truck at 7pm. Among them were one female and six males.

Binqose described it as a “very bad” accident scene.

“It is so sad to see so many of our people losing their lives on our roads like this in avoidable accidents like head-on collisions because head-on collisions often point to one thing: that one of the drivers was on the wrong side of the road when the accident happened,” he said.

“It is for that reason that the MEC for transport in the Eastern Cape, Weziwe Tikana-Gxothiwe, is pleading with motorists to obey the rules of the road at all times to avoid accidents like the one we witnessed last night,” said Binqose.

Two people died last night after a collision between two trucks, a bakkie and a light motor vehicle on the N3 in Heidelburg.
News
7 months ago
Next Article