Sentencing proceedings for Miguel Louw’s killer postponed to May 5 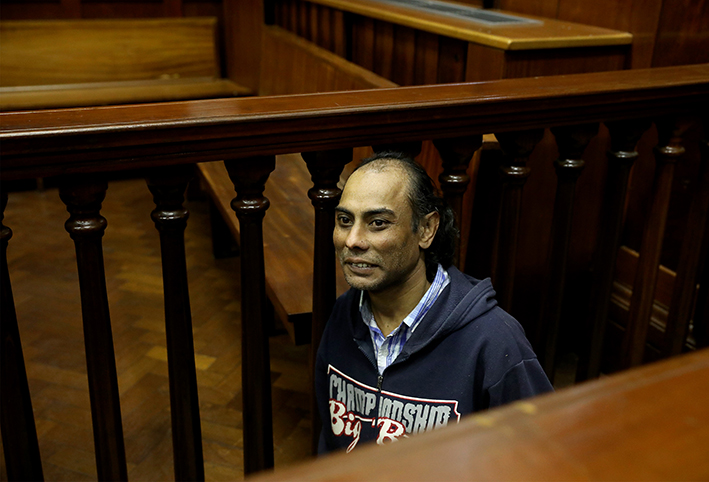 Mohamed Vahed Ebrahim, the man found guilty of killing Durban schoolboy Miguel Louw, is expected to know his fate on May 5.

KwaZulu-Natal National Prosecuting Authority (NPA) spokesperson Natasha Kara said on Friday the matter was postponed to May 5 for sentencing proceedings.

On Monday, closing arguments were heard in the Durban high court after 46-year-old Ebrahim was found guilty earlier this year of kidnapping and murdering the young boy in July 2018, apparently because his mother had spurned his romantic advances.

At the trial, which lasted more than 20 days, Ebrahim pleaded not guilty and chose not to testify, but judge Jacqueline Henriques said the evidence proved he had been with Miguel at a nearby restaurant after school on the day he disappeared.

The probation officer said Mohamed Vahed Ebrahim 'did not display any sense of remorse'.
News
1 month ago

The sentencing of Mohamed Vahed Ebrahim, the man who was found guilty of the kidnapping and premeditated murder of nine-year-old Miguel Louw is ...
News
1 month ago
Next Article