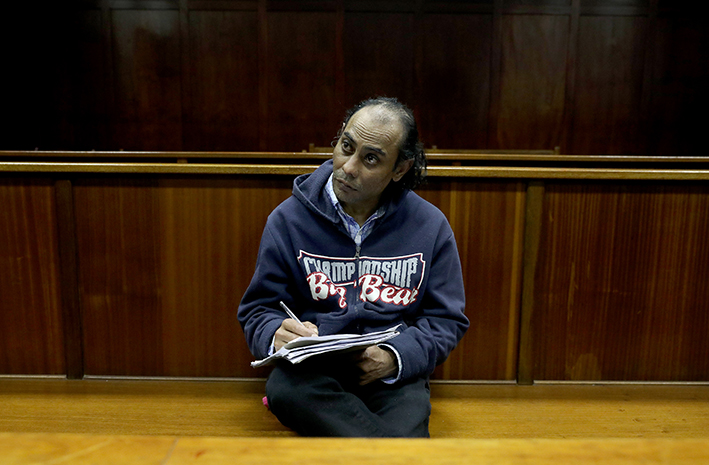 A juvenile witness identified in open court murder accused Mohammed Vahed Ebrahim on Wednesday as the man who went to slain Durban school boy Miguel Louw's school on the day he disappeared.

The boy, who can't be named because he is a minor, continued with his testimony in Ebrahim's trial in the Durban high court on Wednesday.

Ebrahim pleaded not guilty to charges of theft, murder and kidnapping of Louw in July last year.

The boy has been testifying in another room via a video link with the assistance of a court intermediary. He was accompanied into the courtroom by the intermediary where he pointed to Ebrahim saying he was the same man who was looking for Miguel on the day he disappeared.

The boy hung his head low after making the identification and was then led away quickly out the courtroom.

A juvenile witness described in the Durban high court on Tuesday how a man offered to pay a pupil R10 to find slain Miguel Louw at the school he ...
News
2 years ago

During cross-examination advocate Jay Naidoo said there were discrepancies between the child's testimony and a statement that he gave to police last year including the description of the clothing the man wore on the day he came looking for Miguel.

On Tuesday the court heard how a man offered to pay a pupil R10 to find slain Miguel Louw at the school he attended on the day his disappeared.

The court ruled at the start of the trial of Mohammed Vahed Ebrahim that the identity of two young witnesses could not be revealed to protect their identities.

The boy, who was the first of the two witnesses to testify, gave evidence via a court intermediary.

The child also told the court that he had seen the man once previously in the company of Miguel's mother Raylene.