Party will force those within its structures to obey the resolution 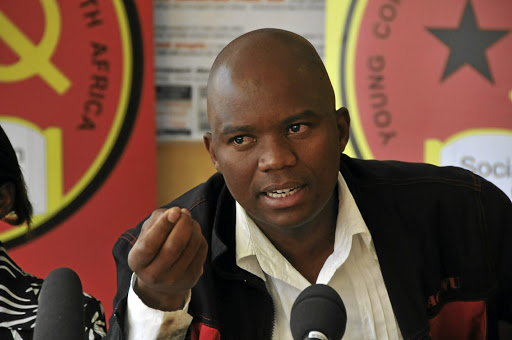 SACP national spokesperson Alex Mashilo said the step-aside resolution should be welcomed to arrest the cancer of corruption that threatens the demise of the ANC. File photo.
Image: Supplied

The SA Communist Party (SACP) has thrown its weight behind the ANC national executive committee (NEC) resolution that leaders who are criminally charged should step aside within 30 days, starting from the day the resolution was adopted.

This was announced in Mamelodi, Pretoria, by the party’s national spokesperson Dr Alex Mashilo at the 42nd commemoration of the death of freedom fighter Solomon Mahlangu.

Mashilo said the step-side resolution must be implemented “wholeheartedly”, adding that the SACP will assist its members to whom the resolution applies to follow it to the letter.

The resolution is among efforts by the governing party to save face during allegations of widespread corruption faced by leaders within the party and in public office.

Mashilo said the step-aside resolution should be welcomed to arrest the cancer of corruption that threatens the demise of the ANC in the same way it destroyed other liberation movements elsewhere on the continent.

“One of the things that immediately destroys former liberation movements when they ascend to power is corruption,” he said.

“Those comrades who are affected by allegations of corruption before the courts of law must respect the decision of the NEC of the ANC to step aside within 30 days.

“It is important for that resolution to be implemented wholeheartedly. In the Communist Party, those who do not do so, we will help them to step aside.”

We have millions of South Africans who live in poverty. That is not the condition of freedom.

Mashilo called on the ANC-led alliance to intensify its fight for “complete freedom” and  towards a socialist state.

He said 1994 was only a “democratic breakthrough” but the “true freedom” for which Mahlangu and others who had lost their lives was yet to be attained.

Mashilo said more than 11 million jobless people was not the freedom for which Mahlangu had fought.

“This is our message to the ANC: if you are divided, you will not lead society to the freedom Solomon Mahlangu stood for. Please be united. We need unity of the ANC to prevail in the forthcoming elections and in the 2024 national elections.”