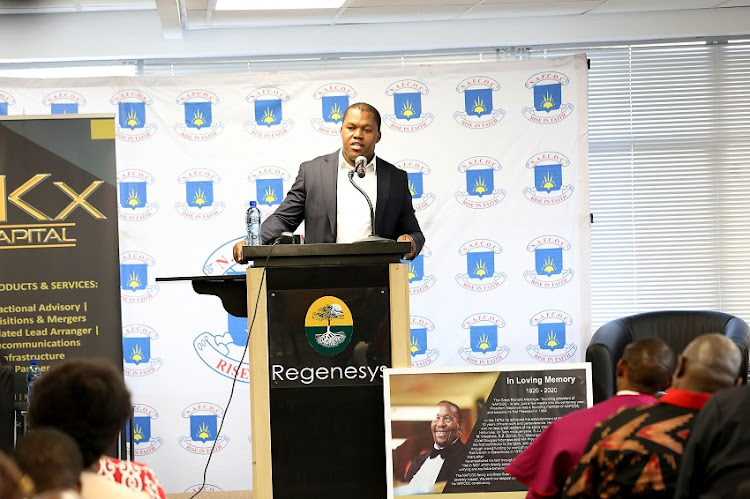 De Ruyter, who has been the parastatal's CEO since January 15 2020, is facing allegations of racism, which were levelled against him by suspended chief procurement officer Solly Tshitangano.

​Tshitangano alleges that De Ruyter has been purging black suppliers. However, De Ruyter has in media interviews denied the allegations.

The BMF, a development and advocacy organisation for black professionals, managers and entrepreneurs, on Tuesday said in a media statement it was astonished that De Ruyter could continue with his normal responsibilities at the power utility while the state-owned entity's board has instituted an inquiry against him.

​The forum also wants the Eskom board to probe De Ruyter's overall competence in running the utility.

"The BMF is, however, astonished that De Ruyter can continue with his daily job while the investigation is underway," read the statement.

Eskom board has resolved to launch an investigation into racism allegations levelled against chief executive Andre de Ruyter by one of the power ...
News
1 year ago

"... and we would expect that allegations of racism are serious enough for the board not to leave anything to chance when it comes to the investigation process.

"At the time of his appointment, the organisation warned that his employment was a setback in the country’s pursuit of racial transformation in top management positions. The BMF has since received numerous complaints from employees and suppliers of Eskom about the prevailing white supremacy culture that is inculcated by the new leadership, led by the GCEO."

The BMF alleged that De Ruyter's conduct at Eskom was synonymous to his tenure at NAMPAK, "to which we were advised De Ruyter only appointed white males to executive positions".

"Eskom is one of the largest and highly technical businesses in the country with massive debt problems which threaten the country’s sovereignty.

"To date, there is no plausible implementation plan presented to the public that gives comfort that Eskom’s problems of both generation capacity and debt management are being earnestly attended to.

"The country has been on lockdown for almost a year. This came with much reduced demand on electricity than would have been the case without the lockdown," said the forum.

"Nonetheless, the country has experienced more than 800 hours of loadshedding during this period. This should be a clear indication to the board that those in Eskom’s management have limited capacity to turn things around. We call on the board to extend the scope of this investigation to include the GCEO’s overall competence in running Eskom."

BMF president Andile Nomlala said: “BMF is perplexed that the same government which claims that Eskom is the biggest challenge that needs to be solved to resuscitate the South African economy, is willing to gamble with inexperienced non-engineers both in the form of the GCEO and a number of board members.

"The board and GCEO are clearly failing to meet the standards required to save Eskom” said Nomlala.

When announcing the probe against De Ruyter last week, Eskom said it would appoint an independent senior counsel to "establish the veracity and the basis to the allegations".​

Power utility Eskom says it would have to impose an additional 15% tariff hike in the 2023 financial year, and resolve the existing municipal debt, ...
News
1 year ago
Next Article