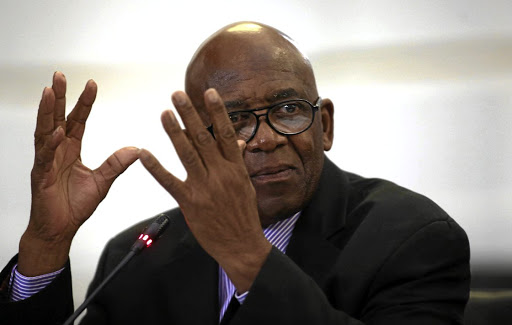 Former Eskom board chairperson Zola Tsotsi was at the helm when former group head of capital Dan Marokane and three other executives were suspended.
Image: Esa Alexander

Former Eskom group head of capital Dan Marokane on Tuesday told the state capture inquiry how “painful” it was to be suspended just four days after he had led a team that ensured the first functional unit at the Medupi power station.

Marokane was testifying about the suspension of four executives at the power utility in March 2015.

At the time, Marokane was in charge of work being done by Eskom to get Medupi running to end load-shedding.

So invested was Marokane in the task that when the new board of Eskom was appointed in December 2014, and inducted in January the following year, he was out of the country doing work for Eskom towards getting Medupi operational.

After “blood and sweat”, he said, the mission was accomplished when the first functional unit at Medupi was announced on March 7 in 2015.

An exhausted Marokane then took leave to recharge after months of “intensive” work.

But on March 11, the Eskom company secretary called him at 9pm. The message was clear: the board wants you here right now.

Marokane could not make it as he was on leave, but he said he committed that he was prepared to meet the board the following morning at 6am. The board settled for an 8am meeting.

He was invited to a boardroom at the Megawatt Park headquarters, where he met board chairperson Zola Tsotsi and other board members who made up the board's governance committee.

Tsotsi, who was leading the proceedings, told Marokane that a decision was taken on March 11 to suspend him.

According to Marokane, Tsotsi was clear that he was not being suspended because he did wrong, but the company would establish a  “fact-finding” inquiry and the idea was that executives must stay home to let the inquiry do its work without interference from executives.

When they switched to a suspension letter that had been prepared for him to sign, Marokane identified “inaccuracies” that contradicted what Tsotsi had just said.

It contained lines such as “you [Marokane] have made various representations and we have considered them” and “intentional tampering with the power system”.

Marokane refused to sign the document with these “inaccuracies”. He said this forced Tsotsi and his team to cross out certain lines, and he said when they all agreed he signed and went home.

After processing these events, six days later Marokane wrote to Tsotsi to implore with the Eskom board to allow him to help the planned inquiry with its work.

He testified that he was ignored.

Two days later, he unleashed his lawyers in another letter to Tsotsi, now pointing out the “procedural unfairness” of his suspension.

Six weeks later, Marokane, armed with new information thanks to the Labour Court case involving Tshediso Matona, who had been suspended as Eskom CEO, learnt that his suspension was suspicious.

He said his lawyers approached Eskom again, but this time Eskom responded by “telling them to go jump”.

“At that point I picked up my phone and called interim board chairperson Dr Ben Ngubane,” said Marokane.

“I told him my honest assessment is that trust is broken between me and Eskom and let's find a way to part ways.

“Nine week later, I was no longer willing to be working with a party like that.”

Marokane negotiated with Eskom and settled for a R6m exit package.

He told the inquiry he had planned to rise through Eskom's ranks for the rest of his career.

“The milestone of eventually getting the first unit in Medupi functional was arrived at around March 7. I then took leave and days later came back, only to be suspended,” said Marokane.

“It was painful. The pains we pay for servicing the country.”