Police force during Wits protest was not warranted: Cyril Ramaphosa 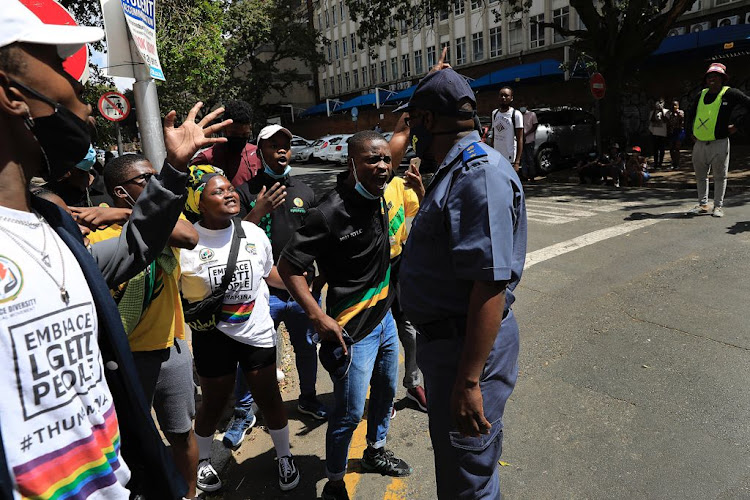 President Cyril Ramaphosa on Thursday expressed his concern at the heavy-handed response shown by police when they fired rubber bullets at protesting students and an innocent bystander was killed.

“Mthokozisi Ntumba was an innocent bystander and indeed even the students, much as they were protesting, the way I saw it on television did not warrant the type of resistance and push from the police,” said Ramaphosa.

He was speaking in the National Traditional House of Leadership, where members were debating his recent state of the nation address. The Independent Police Investigative Directorate (Ipid) is investigating the death of Ntumba, who died when police fired rubber bullets at protesting students in Braamfontein.

“I am extending my deepest sadness and sympathies to the family of a fellow South African who lost his life, Mthokozisi Ntumba, who passed away yesterday in Johannesburg during the protest of our children who were protesting for free education and funding they would like to get from government,” Ramaphosa said.

Ramaphosa said the incident unfortunately resulted in the death of Ntumba and students being injured.

The doctor that treated the man minutes before he was killed during a student protest in Braamfontein has detailed the very last moment of a patient ...
News
1 year ago

A man has been killed and two students injured after they were shot allegedly by police during a student protest in Braamfontein.
News
1 year ago

“This disturbed me deeply because it demonstrated that while our people demonstrated peacefully, there was overreach from the police. While this matter is being investigated by the relevant bodies, those who acted beyond what they were meant to should be dealt with in accordance with our law.”

At this moment, all Ramaphosa could do was extend his condolences.

“As a government, much as we are facing enormous challenges, the issue of education is a priority. The minister of education, Dr Blade Nzimande, informed me that the funding that we have for NSFAS is not going to be sufficient to fund the new intake and extend to those already in the system and that there was a gap that ran into the millions.

We will not abandon our students. We will fund our students because they have a right to education.

“I told him money needs to be found even though the additional [funding] is not in the budget.”

Ramaphosa said there was a good interaction between him and Nzimande. “Fortunately this matter was discussed by cabinet yesterday and the relevant decision was taken and an announcement will be made.

“We will not abandon our students. We will fund our students because they have a right to education. We will continue to find solutions because funding education is an investment. We are investing in the future of South Africans.”

Earlier, Contralesa president Kgosi Mathupa Mokoena said: “We echo our concern about what happened yesterday in Gauteng where students were shot at and an innocent bystander lost his life.

“Mr President, I think the country wants to hear what is it this government is going to do. If our police have not gone to a workshop or training on how to manage a crowd, it is high time now, my leader, that something be done about it.”