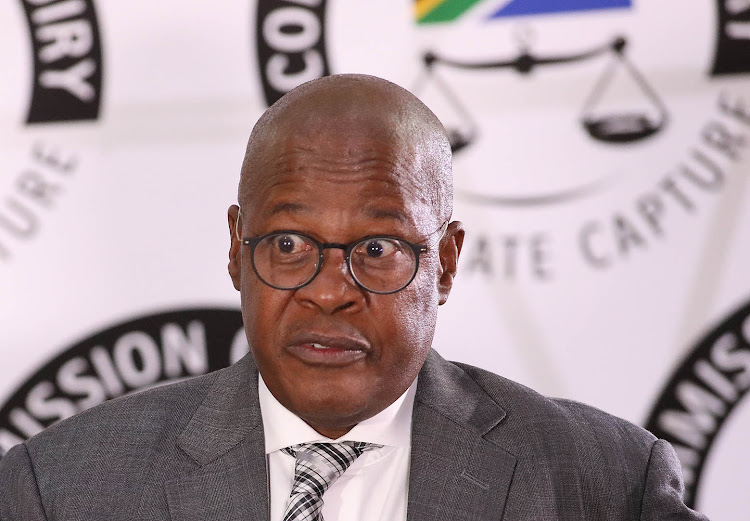 Former Eskom chief executive Brian Molefe says he had been sick and off work when Eskom entered into a deal with a Gupta-owned company for coal supply at a price higher than the increase that he had refused to grant the Optimum Coal Mine.

Molefe, was testifying at the state capture commission of inquiry, in Johannesburg on Tuesday  among others Eskom refusing to grant Optimun Coal Mine an increase the company needed to stay afloat, ahead of the company being sold to the Gupta family.

Evidence leader advocate Pule Seleka asked Molefe how  Eskom after having just denied Optimum a price increase of R350 from R150 per ton in 2015  managed to enter into a deal with Tegeta Explorations, a Gupta-owned company in January 2016 at more than R400 per ton. This was for the same coal which Tegeta was getting from Optimum.

Molefe said due to a medical condition and being hospitalised in December 2015, he was only back in the middle of January 2016 and as a result was not involved in negotiating the deal with Tegeta and five other smaller BEE companies.

He said the deal with the BEE players, including Tegeta, which he was not "part of the actual mechanics", was aimed at supplying the Arnot power station near Middelburg in Mpumalanga where coal company Exxaro had been demanding more than R1000 per ton.

"They [BEE companies] were all wanting to supply us coal at R400 (per ton) and we were prepared to pay. Why should we pay a higher amount, because it's Exxaro?" asked Molefe.

He said paying the BEE companies, including Tegeta was a good short-term agreement which allowed the power utility to pay for coal at a "better price".

"People felt entitled to have their 40-year contracts renewed at a price much higher than what we could get coal for," Molefe said

Eskom’s management is accused of playing a key role in ensuring that the Optimum Coal Mine was sold to the Gupta family in 2015.