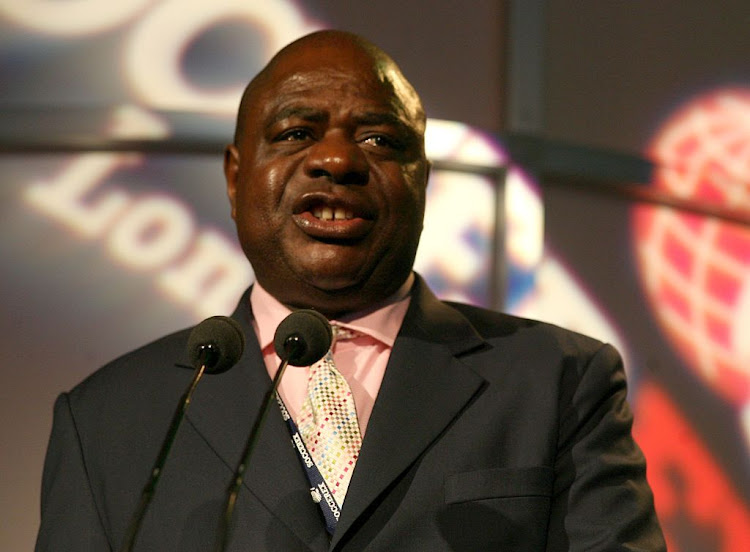 Former Gauteng premier Mbhazima Shilowa has thrown shade at Umkhonto we Sizwe Military Veterans Association (MKMVA) members after they vowed to “protect” former president Jacob Zuma from arrest by setting up camp outside his Nkandla homestead.

On Tuesday, Shilowa weighed in on a Lotus FM report about the military veterans' plan to camp outside Zuma's homestead “until further notice”.

Shilowa said the military veterans were going nowhere until the food runs out.

The meat jab comes after a photo of Zuma and MKMVA spokesperson Carl Niehaus standing in front of a tray filled with meat was circulated on social media.

The picture was taken during a meeting, which lasted more than seven hours, between the association and the former president.

Speaking to SowetanLIVE sister publication TimesLIVE, Niehaus said the meeting “went very well” and that they spoke “in detail” about Zuma's defiance of a Constitutional Court order compelling him to appear at the state capture commission.

“We'll do everything within our means and protect him, and prevent him from being arrested,” said Niehaus.

“A platoon of MKMVA soldiers were at Nkandla when we arrived and they formed a guard of honour. The intention is for them to stay there, and from time to time to change platoons. But there will be a constant presence to protect president Zuma.”

On Twitter, many, including the DA's former national spokesperson Solly Malatsi, thought Shilowa's shade was funny.

While the rain soaked the rolling hills of Nkandla in northern KwaZulu-Natal, it could not dampen the mood of supporters of former president Jacob ...
News
1 year ago

The military vets were speaking on Tuesday after news that the ANC's integrity commission had suggested that the secretary-general step aside.
News
1 year ago

A "platoon" of military veterans will maintain a "constant presence" outside former president Jacob Zuma's Nkandla homestead to "protect him".
News
1 year ago
Next Article