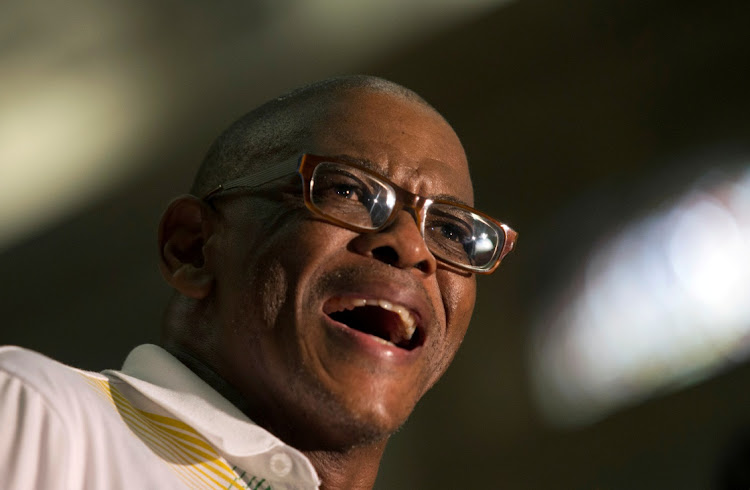 The Umkhonto we Sizwe Military Veterans Association (MKMVA) has come out in defence of ANC secretary-general Ace Magashule after the party's integrity commission recommended that he step aside from his position.

A report of the integrity commission (IC), which was leaked on Tuesday, recommends to the ANC that the resolutions of its conference must be applied “without fear or favour”.

Magashule is currently facing corruption charges related to an asbestos project in the Free State dating back to when he was the premier in that province.

“In his interaction with the IC, the secretary-general indicated he will never resist the decision of the NEC, even if he might not agree with it. However, in the unlikely event of resistance to this, the NEC should consider suspension pending the finalisation of the criminal case against him in terms of rule 25.70 of the ANC constitution,” reads the report.

But MKMVA president Kebby Maphatsoe said they were against this until the ANC's top six leaders created guidelines on the party's resolution about “stepping aside”.

He further labelled some of the members of the IC as factional, saying the MKMVA has raised the matter with ANC leadership.

He singled out Leonard Rasegatla and James Xulu, saying they were part of a parallel structure of the MK national council and should not be involved with the IC, as the structure has made its position against Magashule known.

Maphatsoe said the IC should have gone to the ANC top six to consult them and advise that they fast-track the guidelines for the resolution before finalising a report.

He said the ANC NEC had the discretion to develop guidelines on the resolution for members to step aside, similar to the way they reviewed the resolution on expropriation without compensation.

“It's factionalism [the recommendation on Magashule] at its highest state. Oliver Tambo said there is no-one who will destroy the ANC from outside, it will be destroyed from within. We see it now happening in front of us,” said Maphatsoe.

He said the opposing faction had pursued Magashule ever since his election as secretary-general.

ANC secretary-general Ace Magashule must step aside with immediate effect, the party’s integrity commission has recommended.
News
1 year ago

An ex-driver and bodyguard to former Free State premier Ace Magashule was convicted on Thursday of stealing an R8m Pierneef painting which once hung ...
News
1 year ago

ANC secretary-general Ace Magashule has insisted that his scheduled appearance before the party’s integrity commission on Saturday was his own ...
News
1 year ago
Next Article