An unlawful arrest does not necessarily become an unlawful prosecution, says state lawyer 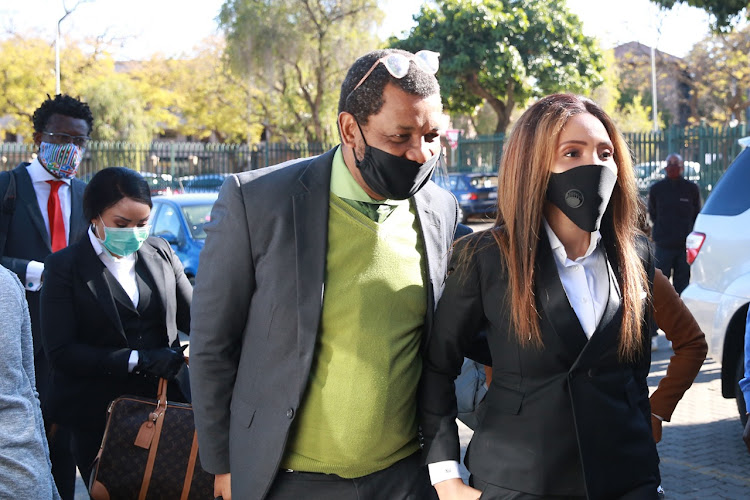 The criminal case against Nomachule Norma Mngoma was postponed on Friday, after a Pretoria high court judgment on Thursday declaring that her arrest was unlawful and an abuse of power by members of the Hawks and her husband, former cabinet minister Malusi Gigaba.

She appeared in the Pretoria magistrate's court on Friday, with the prosecution saying it had agreed with her legal team that the docket and the high court’s judgment would be referred to the director of public prosecutions.

The representations of Mngoma's team to the DPP on whether the prosecution should continue would also be made during the postponement period, said the prosecutor.

Gigaba's estranged wife was arrested in July last year after damaging a Mercedes-Benz G wagon that was being driven by her husband - by repeatedly scratching it with a vegetable peeler, leading to a charge of malicious injury to property. There was also an allegation - leading to a charge of crimen injuria - that she had sent an insulting text message to a friend of Gigaba's.

Dali Mpofu SC - Mngoma’s counsel - said his team had only agreed with the prosecution because the judgment had been handed down just a day earlier and the prosecution needed time to study it.

Quoting from the judgment, he said it “speaks for itself” and the prosecution was “the fruits of a poisoned tree”.

“There is no way the prosecution can survive,” he said.

He said the representations to the DPP would be made in the next few days.

But the prosecutor, Hilke Janse van Rensburg, said that an unlawful arrest did not necessarily become an unlawful prosecution and quoted case law to support this.

She said, however, the postponement would be a good opportunity for both teams to study the judgment and the law.

Magistrate Thandi Theledi postponed the matter to March 26, in court 3.

In Thursday’s judgment, Pretoria high court judge Cassim Sardiwalla said the explanation given for the involvement of the Hawks – supposed to deal with serious and high priority crimes – was not sustainable.

“It is clear that this is in fact a domestic dispute between two prominent members of society. However, the offences are not deserving of the high priority of the Hawks,” he said.

Instead, the involvement of the Hawks “speaks to the abuse of power by Mr Gigaba as a former minister in using the state administration for his own personal benefit with an intention to intimidate his wife in a domestic spat,” said Sardiwalla.