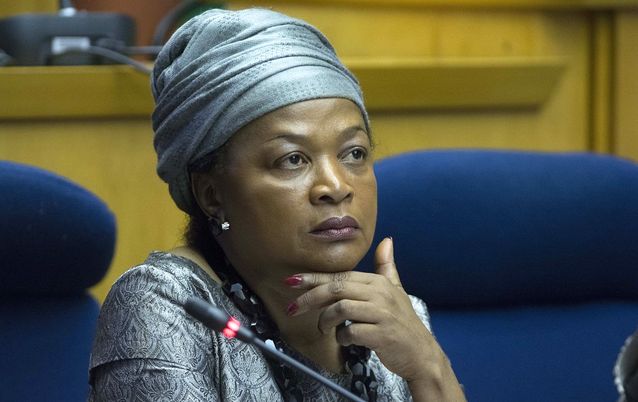 Baleka Mbete commended Jonas and Violet Gwangwa's love for each other right up to their last moments in a moving tribute on Tuesday.
Image: BUSINESS DAY

“Why would Covid-19 take others and leave me?”

These were the words of  the late Violet Gwangwa, wife of jazz icon Jonas, to former National Assembly speaker Baleka Mbete days before succumbing to the virus.

Mbete, between sobs, gave a moving tribute at a virtual memorial service for the world-renowned jazz icon who died at 83 two weeks ago — after losing his wife just less than two weeks earlier.

Mbete commended the couple's love for each other, right up to their last moments. Reflecting on the last phone conversation she had with Violet, Mbete could not stop the tears.

“A day after her admission to hospital, I called Sis Vi. She was calm, level-headed and in charge. When noting my anxiety about her health and encouraging a hopeful wish for her to come back home, she ventured a brief, realistic response, 'Why would Covid take others and leave me?'

“She then went on to talk about Jonas ... even on her death bed. I only appreciated it fully when the call came that she had left this world a few days later. It was not a surprise that Jonas followed her within the same month. Bra J and Sis Vi had a beautiful love story,” said Mbete.

Mbete said Jonas was a keen observer of human conduct whose ethos and views were embedded in his upbringing. He was not one to excessively comment about anything and everything.

“He loved his people. His music was an expression of his love for the people,” said Mbete.

“He loved his children and he supported us in all our endeavours. He was a decent man, a disciplinarian; he made sure that we did the right thing all the time.”

The musician was proud of many things he had achieved, but mostly his contribution to the ANC, Mojalefa said. “He loved talking about the history of the ANC, how he raised funds in 1955, and many other stories. He taught us humility and how to share him with the world,” he added.

Jonas was a member of the Order of Ikhamanga, and was a globally recognised and awarded composer, arranger, producer and jazz trombonist.

“The citation for his national order, which he received in 2010, recalls how this South African paragon enthralled audiences around the world with his artistry as a composer and all-round creative genius.

“For over 30 years, he was to travel the world as an exile, collecting accolades wherever he went,” said Ramaphosa.

Legendary jazz icon and activist Jonas Gwangwa, who died on Saturday last week, will be honoured with a special provincial state funeral.
Entertainment
8 months ago

Tribute to a legend: Jonas Gwangwa

Arguably the greatest trombone player to have come out of the African continent, Jonas Mosa Gwangwa was born in Orlando East, Soweto, on October 19 ...
Entertainment
8 months ago
Next Article