Danger appears to have passed 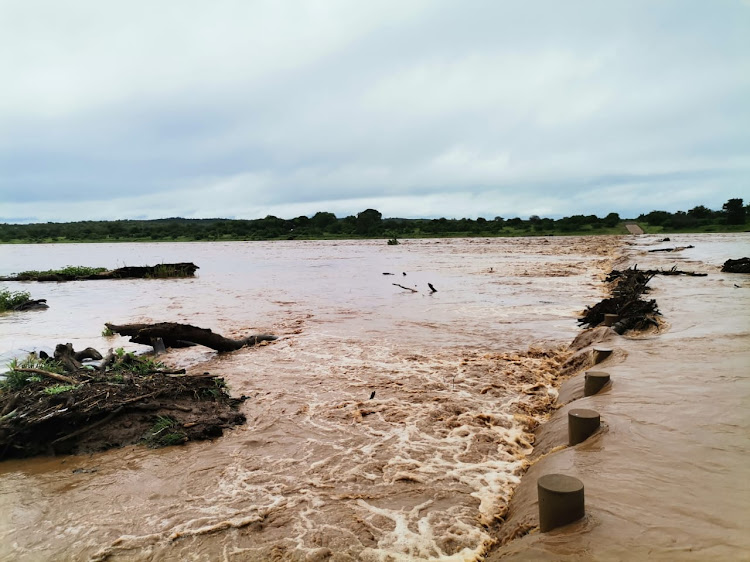 The Kruger National Park (KNP) is still experiencing persistent rainfall and some of its rivers are flowing strongly after tropical storm Eloise.

Isaac Phaahla, KNP spokesperson, said on Wednesday their technical teams will go out to assess how much damage was caused by the storm.

“We will be able to update information after they have submitted a report.

“Rain in still falling in the KNP but it is not very hard. The Olifants and Sabie rivers are flowing strongly. Low-level bridges are submerged in many areas, gravel roads are still closed and the Shimuwini, Sirhen and Biyamity bushveld camps are not operational though they are now accessible.

“Crocodile Bridge gate is closed because of overflowing water,” he said.

Phaahla said the danger is behind them and “we have not had reports of accidents or fatalities but we remain vigilant”.

Bernhard Bekker, owner of Private Kruger Safaris, said though he could not check in guests for the past two days, the rainfall has not caused much damage to his business.

“The rain has passed. The rivers are still flowing and people can travel around. Some roads are closed.

“For a day or two we couldn’t receive clients and had to send out warnings to people.” Bekker said.

The department of water & sanitation in the Free State issued a warning about possible flash floods in some parts of the province, as predicted by the SA Weather Service.

“Flooding is caused by major storms and rising water levels that cause rivers, lakes and other waterways to overflow. Communities situated within or near flood lines are especially vulnerable.”

Heavy rains over large parts of the Kruger National Park on Sunday night have resulted in the Sand, Nwasitshaka and Sabie rivers flowing strongly, ...
News
1 year ago

An unusual red level 10 warning has been issued by the SA Weather Service for eastern parts of Limpopo and Mpumalanga for Sunday into Monday.
News
1 year ago
Next Article