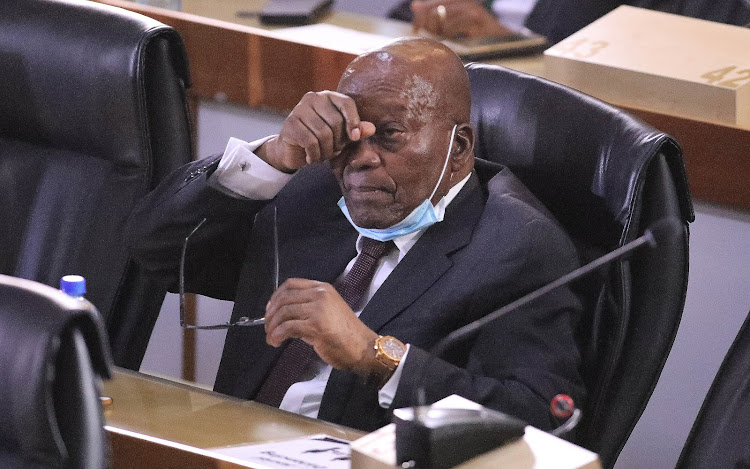 Former president Jacob Zuma was a beneficiary of millions of rand from the State Security Agency's (SSA's) special operations unit between 2015 and 2017.

This is according to Sydney Mufamadi, the former chairperson of the high-level panel into SSA which was established by President Cyril Ramaphosa in 2018.

According to Mufamadi, an agent of SSA testified to the panel that Special Ops had a project called “Project Commitment” — a project, he said, that was meant for the financial upkeep of Zuma, to the tune of millions of rand.

The operation, Mufamadi went on, involved cash payments of R2.5m a month in the 2015/16 financial year, “via” former state security minister David Mahlobo, for the benefit of Zuma.

However, there was no evidence that the funds indeed reached Zuma, as the agent who testified never witnessed this happening.

“We were told that the project involved providing then president Zuma with R2.5m per month in the 2015/16 financial year. And this amount was increased to R4.5m in the 2016/17 financial year,” testified Mufamadi.

Thales SA will have to face racketeering charges, the Pietermaritzburg high court ruled on Friday when it dismissed the French arms company's review ...
News
1 year ago

“Apparently this money was provided via then-minister Mahlobo. The person was certain that the money was given to minister Mahlobo, but was not sure if it was received by president Zuma. He understood that to be the final destination, without claiming to be the witness. They did not tell us what happened to the money.

“We have no basis to say it was given to former president Zuma or it was not,” he added.

The controversial SSA Special Ops, which was headed by Thulani Dlomo, said Mufamadi, also ran another project for Zuma's benefit.

Said Mufamadi: “This project involved recruiting and handling sources in the judiciary and R1.2m and R4.5m was routinely given to minister Mahlobo, who was responsible for the handling of these sources.”

He said the panel, however, was not certain if this project came into being — but said it was “conceived” and monies were allocated to it.

“The independence of the judiciary ... you forget about it if this project was implemented,” said Mufamadi.