Ramaphosa said arrangements had been made with the bank 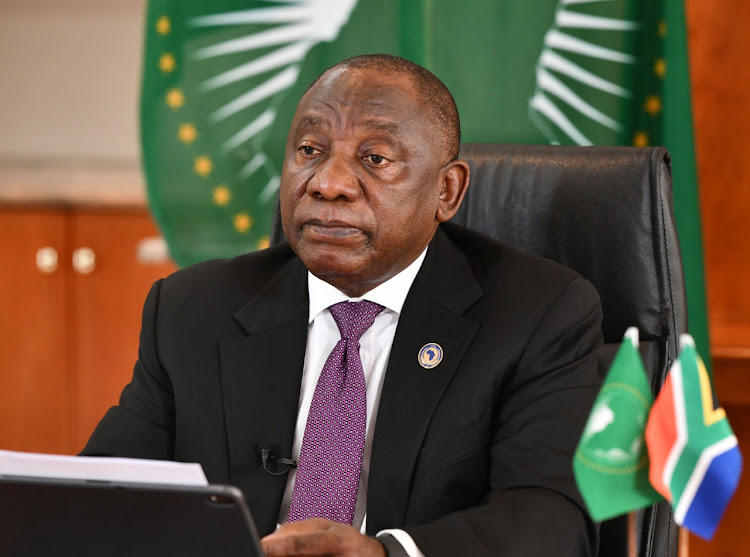 African countries will pay between R44,72 and R149,02 per vaccine dose to access 270 million Covid-19 shots secured this month by the African Union (AU), according to a draft briefing on the plan prepared by the African Export-Import Bank (Afreximbank) and provided to Reuters.

President Cyril Ramaphosa, who serves as AU chair, said last week arrangements had been made with the bank to support member states who want access to vaccines. Countries can pay back the loans in instalments over five to seven years, the document showed.

Afreximbank's press office declined to answer questions on the terms outlined in the briefing, saying the document was in draft form and meant for confidential discussion by members of a team created by Ramaphosa to secure vaccines and financing for the continent's coronavirus immunization programs. The AU team also declined to comment.

The document, which was shared with Reuters by two sources, provides the first public details on the prices manufacturers are offering African nations outside of the COVAX global vaccine sharing scheme led by the World Health Organization (WHO) and the GAVI vaccine alliance.

Although the prices are heavily discounted compared to what wealthier nations are paying, some experts worry about countries already struggling to manage the economic fallout of the pandemic having to borrow more money to protect their people.

"No country should have to take on debt to pay for the vaccine," said Tim Jones, head of policy at the Jubilee Debt Campaign, a British charity working to end poverty.

The companies supplying shots Pfizer Inc, Johnson & Johnson and the Serum Institute of India did not immediately respond to requests for comment. AstraZeneca, whose shots Serum will provide, declined to comment.

John Nkengasong, who heads the Africa Centres for Disease Control and Prevention (CDC), said the prices were comparable to those available through COVAX.

"My thinking is that the vaccines market will open up in the coming months, when for example Johnson & Johnson and others land on the market," Nkengasong told Reuters. "For now, what is critical is access to the market, secure quantities and start vaccinating."

As richer nations race ahead with mass vaccination campaigns, Africa is still scrambling to secure supplies as it grapples with a second wave of infections and concerns about more-infectious variants of the virus first identified in South Africa and Britain. More than 3.3 million Covid-19 cases and over 80,000 deaths have been recorded on the continent to date, according to a Reuters tally.

The AU is concerned that vaccine supplies to be released through COVAX in the first half of the year may not extend beyond the needs of frontline healthcare workers.

COVAX is due to start rolling out vaccines to poor and middle-income countries in February, with about 600 million doses earmarked for Africa this year.

Doses secured by the AU that will supplement that supply are due to start arriving in March.

The opposition DA is threatening to take President Cyril Ramaphosa and his government to court if they fail to give details of their Covid-19 vaccine ...
News
1 year ago

The AstraZeneca vaccine is the cheapest option and one of the best suited to African health systems as it does not require storage at ultra-low temperatures like the vaccine from Pfizer and German partner BioNTech.

Serum will provide 100 million doses of AstraZeneca's vaccine at $3 each, according to the draft document, roughly what it said would be the price for India's government. That is enough to vaccinate 50 million people with its two-dose regimen.

Pfizer will provide 50 million doses of its two-shot vaccine at $6.75 each, the document showed. By comparison, the European Union and the United States are paying around $19 per dose, while Israel is paying $30 for the Pfizer vaccine.

J&J, which is expected to report Phase III trial results in the coming weeks, will provide 120 million doses of its single-shot vaccine at $10 each. The U.S. government is paying around $14.50 a dose, including development costs.

Population size will determine how much of each vaccine various African countries will be offered.

Nigeria, the continent's most populous nation, stands to pay roughly $283 million if it takes its full allocation of 42 million doses. Cash-strapped copper producer Zambia would have to find $25 million for its allocation of less than 4 million doses, according to the document.

Talks are underway to secure additional vaccines, including Russia's Sputnik V, according to the briefing.

Africa aims to have 60% of its 1.3 billion people vaccinated against COVID-19 within the next two to three years to achieve some measure of herd immunity.

Afreximbank's financing arrangement hopes to cover shots for about 15%, with 20% to be supplied through COVAX and the remaining 25% covered by the World Bank and other sources, the document showed.

Afreximbank has said it would provide advance procurement guarantees of up to $2 billion to vaccine manufacturers, upon receipt of firm orders from member states.

Under the plan, countries would have to pay a 15% deposit on any order to take advantage of the financing. They would then repay Afreximbank via quarterly instalments made over five to seven years, using their own resources, World Bank loans or funds from other sources, it said.

The World Bank said it was in discussions with the African Union and governments throughout Africa to support their vaccine needs but did not provide further details.

Countries paying through instalments would also have to pay unspecified financing charges.

"We need a way to secure the economy by vaccinating people," said Africa CDC chief Nkengasong. "Then we will think about the rest."

SA, which has yet to receive its first coronavirus vaccine doses, will be getting nine million from Johnson & Johnson, the health ministry said on ...
News
1 year ago

The World Health Organization is in advanced negotiations with Pfizer about including the company's COVID-19 vaccine in the agency's portfolio of ...
News
1 year ago

Why prisoners are a priority in vaccine rollout

Inmates comprise a vulnerable group in society and they are meant to receive Covid-19 vaccines earlier than the general population. This has sparked ...
News
1 year ago
Next Article