'We are opening debate to different views,' brewery says

SAB stands behind its booze campaign 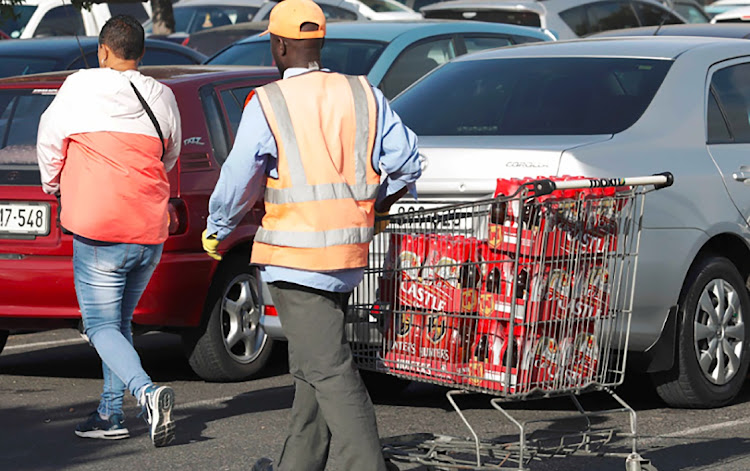 The sale and transport of boooze was banned last month.
Image: ESA ALEXANDER

As the backlash intensified over SA Breweries’ (SAB) social media campaign against the ban of alcohol using influencers, the company dug in its heels, saying the drive was to empower its stakeholders.

At the weekend, social media influencers, including actress Khanyi Mbau, posted videos and made calls for the government to lift the ban under several hashtags.

The brief leaked, causing an uproar, with people criticising SAB.

SAB yesterday confirmed that it was behind the campaign which used influencers, saying “the brief shared was to empower our partners with information they need to express their views factually”.

President Cyril Ramaphosa halted booze sales on December 28 in a bid to lower Covid-19 infections and the burden on hospital trauma wards.

A document that circulated on Twitter allegedly by SAB to selected influencers, sets precise instructions such as arguments they should highlight in their posts. The arguments include lost tax income, job losses and attributing empty hospital trauma wards solely to a tight curfew and not alcohol.

The document further instructs influencers to make four posts which they are expected to engage on with their audience using three specific hashtags on every post.

“We would like the influencers to please use the 4 priority arguments outlined herein as guides to bespoke content curation ensuring that they use their own tone to ensure authenticity with their communities,” reads the document in part. The campaign started on January 4 and is expected to run until month-end.

Many criticised the campaign, claiming it undermined the government’s efforts to fight the pandemic.

SAB, which produces the bulk of SA’s beer, said its decision to approach the courts had been a difficult one.
News
1 year ago

Other influencers linked to the campaign include actress Manaka Ranaka, Gugu Ndabezitha and Diego Chuene, who all posted about the alcohol ban without declaring that it was a campaign.

“SAB is in denial about the negative effects of alcohol in the country. There is no such thing as ‘responsible drinking of alcohol’…Banning the sale of alcohol during this festive period has certainly assisted in alleviating the burden of trauma in our health facilities,” said Maja yesterday.

His sentiments were echoed by healthcare workers who took to social media to share experiences. Dr Mike Ramothwala, a doctor and senior clinical manager at the Limpopo health department who criticised the campaign on social media, said: “Doctors and nurses are emotionally and physically exhausted from treating Covid-19 patients. If SAB wins its battle to lift the #AlcoholBan they must come and also treat the alcohol-related trauma cases because we currently don’t have the energy to deal with two pandemics.”

SAB, however, stood firm on its drive yesterday, saying both views on the ban needed to be heard. They said the outright ban was unreasonable.

“This pandemic has brought unprecedented challenges that require collaborative solutions – together with our value chain partners, which comprise of farmers, the packaging industry, truck drivers, business owners, the hospitality industry. We have embarked on a movement which encourages them to share their views on the ban,” said the company in a statement.

Mbau said she got involved in the campaign because the alcohol industry feeds her family.

“... I know things are a little sensitive now as people are dying and the virus is spreading due to recklessness, but should that bring poverty to so many homes? SAB is merely giving a mouthpiece to those that aren’t heard,” said Mbau.

Public relations specialist and CEO of Decode Communications Lorato Tshenkeng said SAB’s campaign was not unethical but effective in triggering a national debate on booze.

“SAB raised an issue of fact that affects them. They chose to focus on specific issues about the ban. Strategy is about choices and SAB chose to lobby using influencers to ignite a conversation.

“When it comes to influencers, the industry doesn’t require them to make a disclaimer. There is no set standard which makes it difficult to measure any disingenuity,” said Tshenkeng.

"Zero income, ongoing expenses and stock that is expiring will result in crippling damage to cash flow, and many stores are on the brink of closure."
News
1 year ago

Click-and-collect & at-home consumption: Here are some of the proposals for lifting the booze ban

Various proposals have been made to the government to lift the ban on liquor sales and distribution under level 3 lockdown.
News
1 year ago
Next Article